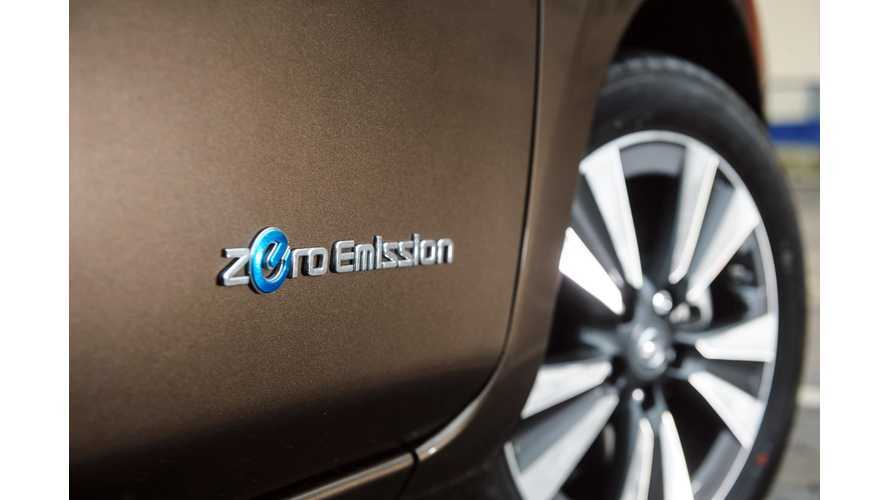 Nissan announced that its subsidiary - Nissan Arc together with partners (Tohoku University, National Institute for Materials Science, Japan Synchrotron Radiation Research Institute, and the Japan Science and Technology Agency) have developed a breakthrough atomic analysis methodology that will aid in boosting the performance of lithium-ion batteries.

According to the press release, using these new findings Nissan should be able to use amorphous silicon monoxide (SiO) in lithium-ion battery electrodes, increasing capacity and energy density (which must mean more range right?).

We are not sure whether this finding are already used/shown in the IDS Concept's 60 kWh battery prototype recently (given what we know, we think not), or its another step ahead for the future; but silicon is probably the way to go.

Silicon (Si) is capable of holding greater amounts of lithium, compared with common carbon-based materials, but in crystalline form possesses a structure that deteriorates during charging cycles, ultimately impacting performance. However, amorphous SiO is resistant to such deterioration.

Its base structure had been unknown, making it difficult for mass production. However, the new methodology provides an accurate understanding of the amorphous structure of SiO, based on a combination of structural analyses and computer simulations.

The atomic structure of SiO was thought to be inhomogeneous, making its precise atomic arrangements the subject of debate. The new findings show that its structure allows the storage of a larger number of Li ions, in turn leading to better battery performance."

"The contents of this release have been published online in the British multidisciplinary science journal, “Nature Communications,” on May 13, 2016."

“The invention of this new analysis method is essential to further develop the next generation of high-capacity lithium-ion batteries. It will certainly become one of our core technologies. The utilization of this analysis method in our future R&D will surely contribute to extending the cruising range of future zero-emission vehicles,”