Overview Of Incentives For Buying Electric Vehicles In EU 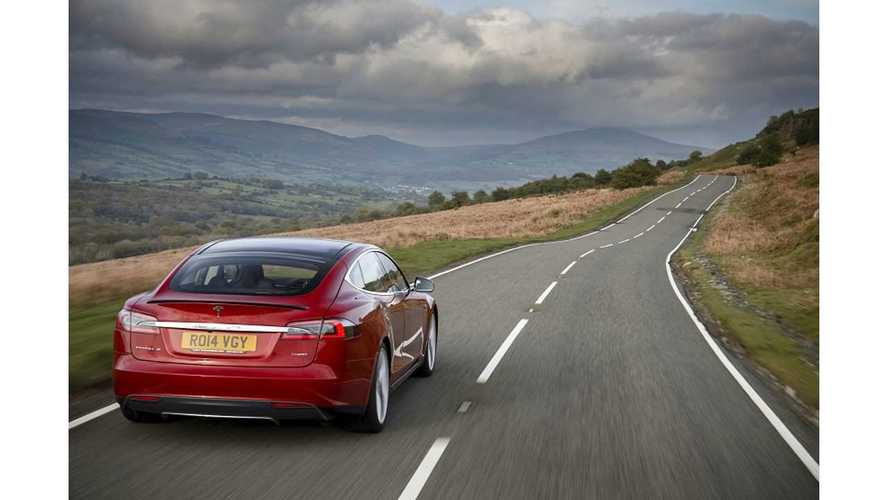 ACEA released a new edition of its overview on the incentives for buying electric vehicles throughout the European Union.

As in case of the previous overview, there are still some holes in the information on occasion, but we treat it as a base input, and an indication whether or not ACEA under President Dieter Zetsche (CEO of Daimler) has a better handle on things.

Feel free to add links or details to incentive description in your country in comments, for use by others...and we'll update the list as we go to provide the most accurate reference list possible.

"Incentives for electrically-chargeable vehicles are now applied in many European countries. The incentives mainly consist of tax reductions and exemptions, as in countries such as Austria or Germany, and bonus payments and premiums for the buyers of electric vehicles in France and the UK.

The European car industry supports the further introduction of fiscal incentives for fuel efficiency. Tax measures are an important tool in shaping consumer demand towards fuel-efficient cars and help create a market for breakthrough technologies, notably during the introduction phase.

Innovations generally first enter the market in low volumes and at a significant cost premium, and this needs to be offset by a positive policy framework. Electric mobility will make an important contribution towards ensuring sustainable mobility. However, advanced conventional technologies, engines and fuels will play a predominant role for years to come. Governments must continue to include these CO2-efficient technologies and solutions in their overall sustainable mobility policy approach."

Electric vehicles are exempt from the fuel consumption tax and from the monthly vehicle tax. The Austrian automobile club ÖAMTC publishes the incentives granted by local authorities on its website (www.oeamtc.at/elektrofahrzeuge ).

In In the Flemish Region, electric and plug‐in hybrid (emitting no more than 50g CO2/km) vehicles are exempt from registration tax. Moreover, incentives for electric and hydrogen‐powered cars (Zero Emission Bonus) were introduced as of 1 January 2016. Electric vehicles pay the lowest rate of tax under the annual circulation tax in all three regions. The deductibility rate from corporate income of expenses related to the use of company cars is 120% for zeroemissions vehicles and 100% for vehicles emitting between 1 and 60g CO2/km. Above 60g CO2/km, the deductibility rate decreases from 90% to 50% progressively.

Electric vehicle are exempt from the annual circulation tax.

Electric, hybrid and other alternative fuel vehicles are exempt from the road tax (this tax applies to cars used for business purposes only).

Regions have the option to provide an exemption from the registration tax (either total or 50%) for alternative fuel vehicles (ie electric, hybrids, CNG, LPG, and E85). Under a bonus‐malus system, a premium is granted for the purchase of a new electric or hybrid electric vehicle: - From 1 January 2016, for a car (not applicable to LCV) emitting between 61 and 110g CO2/km, the amount of the bonus is €750. - For a vehicle (car or LCV) emitting between 21 and 60g CO2/km, the bonus amounts to €1,000. - For a vehicle (passenger car or LCV) emitting 20g CO2/km or less, the bonus amounts to €6,300. Electric vehicles are exempt from the company car tax. Hybrid vehicles emitting less than 110g CO2/km are exempt during the first two years after registration.

Electric vehicles are exempt from the annual circulation tax for a period of ten years from the date of their first registration.

Electric and hybrid vehicles are exempt from the registration tax, the luxury tax and the luxury living tax. Electric cars and hybrid cars (with an engine capacity of up to 1,549cc) are also exempt from circulation tax.

Until December 2016, electric vehicles benefit from VRT (vehicle registration tax) relief up to a maximum of €5,000. For plug‐in hybrids, the maximum relief is €2,500. For conventional hybrid vehicles and other flexible fuel vehicles, the maximum relief is €1,500. In addition, electric and plug‐in hybrid vehicles receive a grant of up to €5,000 on purchase. Electric vehicles pay the minimum rate (€120) of the road tax.

In many regions, electric vehicles are exempt from the annual circulation tax (ownership tax) for a period of five years from the date of the first registration. After this five‐year period, they benefit from a 75% reduction of the tax rate applied to equivalent petrol vehicles.

Electric vehicles are exempt from the registration tax and pay the lowest amount (€10) for the company car tax.

A premium (Supermiljöbilspremie) is granted for the purchase of a new electric or hybrid electric vehicle: - SEK20,000 for cars with CO2 emissions between 1 and 50g/km (plug‐in hybrids) - SEK40,000 for cars with zero CO2 emissions (electric cars) A five‐year exemption from annual circulation tax applies for green cars (electric cars and plug‐in hybrids, with electrical energy consumption per 100km which not exceed 37kWh). Reduction of company car taxation for electric vehicles and plug‐in hybrids.