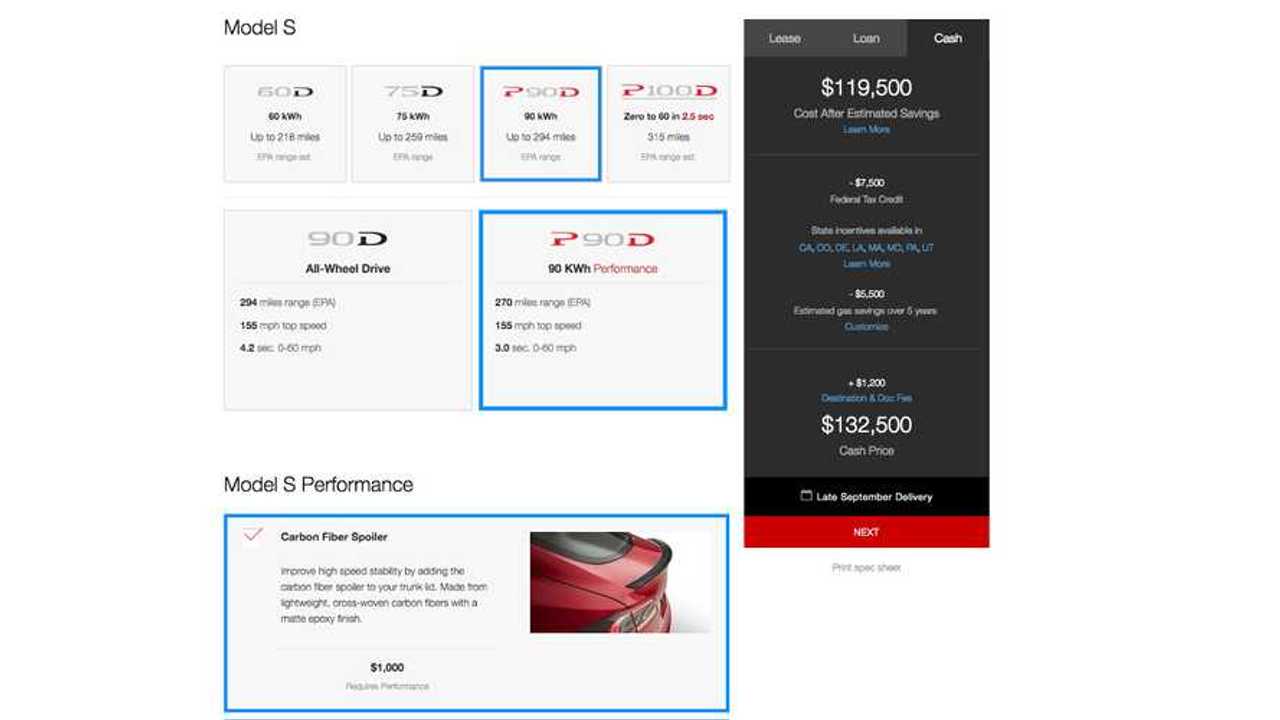 P100D Has Ludicrous Though

After the announcement of the Tesla Model S P100D and Model X P100D, InsideEVs contributor Michael Beinenson noticed something when he tried to spec out a Model S P90D.

Gone was the Ludicrous option for the P90D, which means that if you desire Ludicrous, then you'll have to step up to the significantly more expensive P100D Model S.

"What I also found out is that Ludicrous is no longer available on P90D forcing you to go to P100DL. That is a lot more expensive compared to what it used to be. So some interesting economics going there. Perhaps Tesla felt Ludicrous was underpriced?"

This of course makes the P90D with Ludicrous rather rare, but owners of that car now know that there's a new king of Teslas...it's called the P100DL and it'll smoke all of the previous Teslas. Time to upgrade your Tesla again?