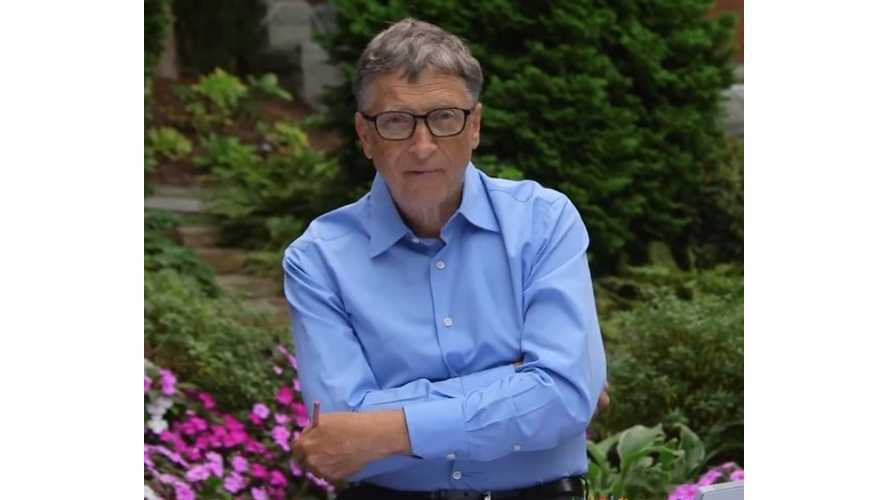 Bill Gates is concerned about climate change. He's not the only one, but he's willing to put his money where his mouth is and do something about it. Gates is also bringing his billionaire buddies along for the ride. Actually, about two dozen of them. When you are worth nearly $100 billion, you tend to roll with some of the world's top entrepreneurs, venture capitalists, and business gurus.

Gates founded the Breakthrough Energy Ventures Coalition (BEV) just a year ago. He launched the project in parallel to the U.N. climate change summit, held in Paris last December. The countries at the summit all agreed to double "clean energy" budgets by 2020. Gates' new fund, estimated at over one billion dollars, is all part of the BEV's efforts.

Who's on the Breakthrough Energy Ventures Coalition dream team?

There are about 15 others of equal status involved with the group. Gates shared:

“I am honored to work along with these investors to build on the powerful foundation of public investment in basic research. Our goal is to build companies that will help deliver the next generation of reliable, affordable, and emissions-free energy to the world.”

The fund will work to help the smallest start-ups at the earliest stages, as well as fully-established companies working toward cleaner energy.

The coalition already has a guide of goals toward a zero-emission planet, and is openly sharing it with potential investors. The BEV realizes that this is all a long-term investment, with little chance of immediate financial gains (the gains are in a clean, sustainable planet).

For this reason, part of the process includes a team of partners and researchers with scientific background, to assess the companies with the "best energy technology" and the greatest possibility of "long-term success". The monies will have a lifespan of 20 years.