Nissan LEAF - Will It Drift? (video) 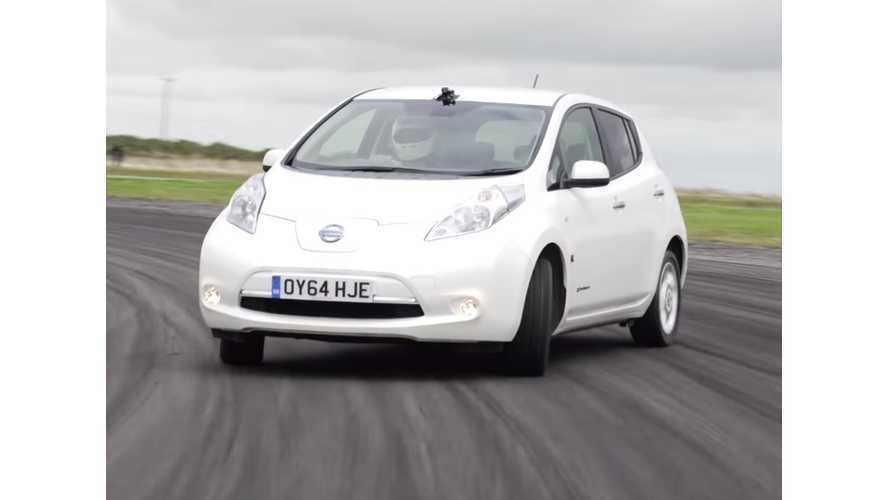 By: Jay Cole
Ok, it is finally Friday, and it has been another long week of serious plug-in vehicle news:

...from a Tesla Model S summon controversy to Nissan taking control of Mitsubishi (and its PHEV program), or Nissan releasing its own Energy Storage Solution using old LEAF batteries, to the VW Group putting out another EV concept (at least we assumed that happened - doesn't it every week?).

So we figured it was time to take a step back, and watch something to take the edge off...like Autocar attempting to drift a Nissan LEAF.  Why not?

Says Autocar of the experiment:

It is, in fact, Nissan's family-friendly, front-wheel drive, flagship electric car. As far as you could get from being a natural drift machine.  So what the heck is it doing lining up alongside British Drift Championship competitors?

Well, with a little help in the rear tyre department, we'll try to answer the question: will it drift?"

Enjoy!  Or don't.  There is more serious EV business coming up shortly we imagine.