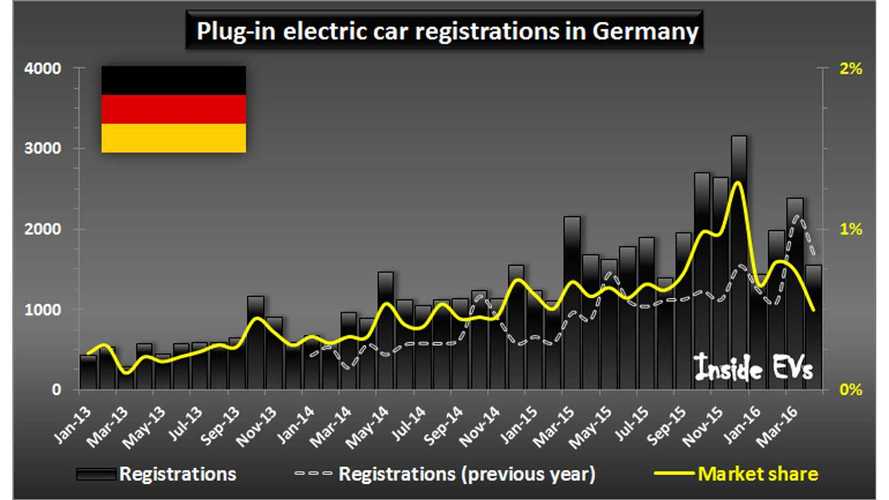 As one might expect, sales of plug-in electric cars in Germany decreased last month (7% year-over-year) as consumers were waiting on new strong incentives that were introduced in the second half of May.

As a result, the market share for plug-ins fell to 0.5%, the lowest in over a year.

The best selling model in this hostile environment was the Renault ZOE at 221 registrations.  The BMW i3 netted 159 new sales (41 BEVs and 118 REx), which was just a whisker behind 160 Volkswagen Passats GTEs sold, but ahead of 117 Volkswagen Golf GTEs.

We might see some slight uptick for May with the rush to get in on the incentives coming online at the very end of the month, picking up the slack for the first 3 weeks of the month, but than more than likely June will be the month that puts all others in the past to shame.