Renault Says ZOE Production Is At 160 Units Per Day 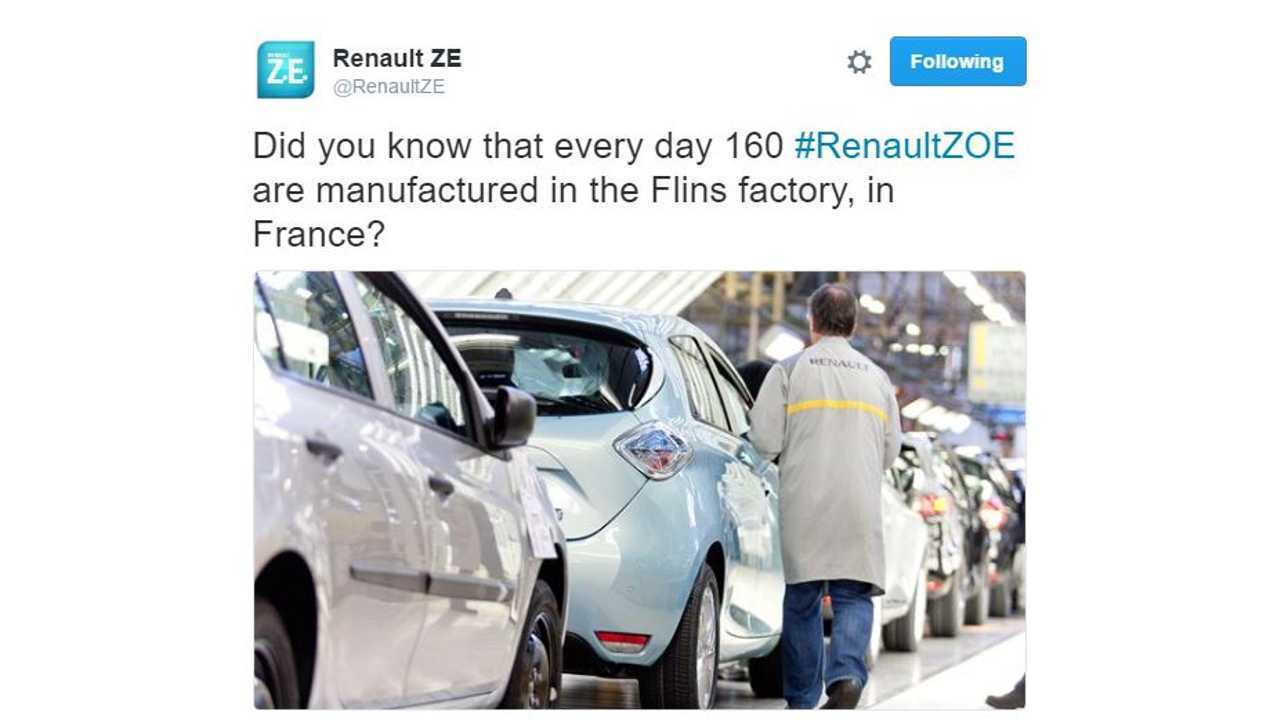 The Flins factory in France is the sole location for production of the Renault ZOE and we've now learned that each and every day approximately 160 ZOEs roll off the Flins assembly line.

If we assume Renault means 7 days a week, 365 days a year (that's probably not what Renault intends to mean in its Tweet), then annual production for ZOE would stand at 58,400 units. A rather impressive figure.

However, it's more likely that Renault's Tweet is implying a typical five-day work week, with various break here and there for factory overhauls, holiday shutdowns, etc.

In that scenario, the implication would be approximately 200 days per year at 160 units per day, or 32,000 ZOEs produced annually...still a rather decent amount of EVs per year.

Renault itself has previously stated that its production goal for ZOE is 35,000 units this year, up from 20,000 produced last year.