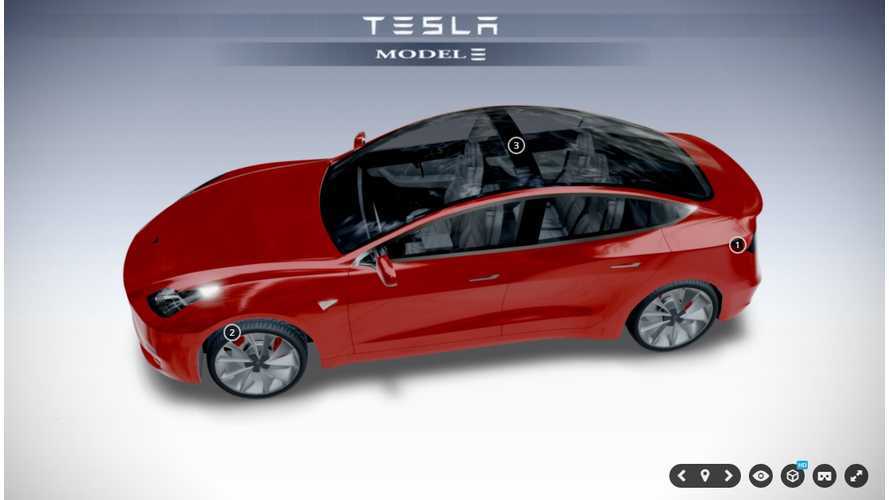 Thanks to Sketchfab we can now see the Tesla Model 3 rendered at any angle using the website's Tesla Model 3 Interactive Viewer. The options here are literally endless.

Update: Added a second (above top), and also pretty nifty, Sketchfab render (Thanks to Electric Vehicle Guy for the heads-up!)

The car was unveiled by Tesla at the end of March, but we were told that this was only round one of the process. There is still little known for sure about final design and details regarding the highly anticipated car that grabbed 400,000 early reservations.

Check it out also at the links below and see the Tesla Model 3 however you desire!