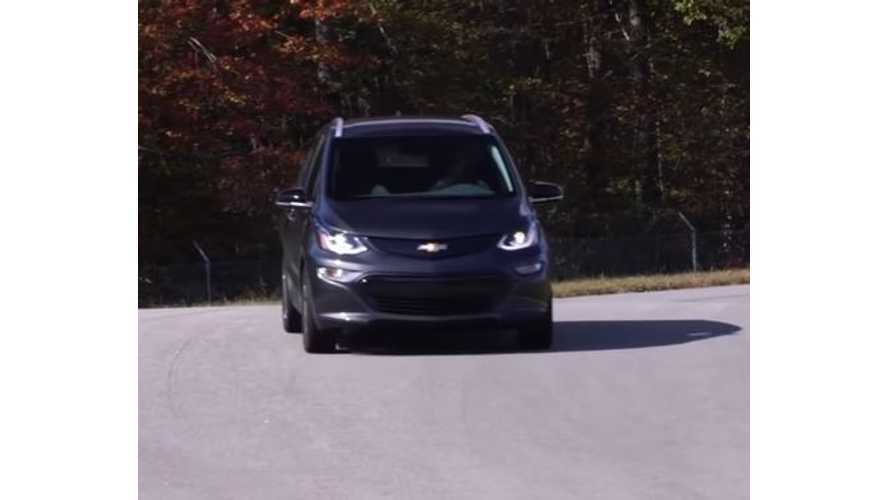 Consumer Reports has released its quick drive video of the 2017 Chevrolet Bolt.

As with the previous Consumer Reports Bolt videos, there are multiple Tesla mentions, including references to the Model 3 - seen as a natural competitor with its estimated similar range and prcie-point.

But when the talk focuses on the Bolt EV itself, Consumer Reports basically states that it's a well-rounded car, with ample interior space and more than enough range.

Overall, the Bolt EV handles well enough and is quite capable, but perhaps it only lacks the hard-to-explain gotta-have-it factor.