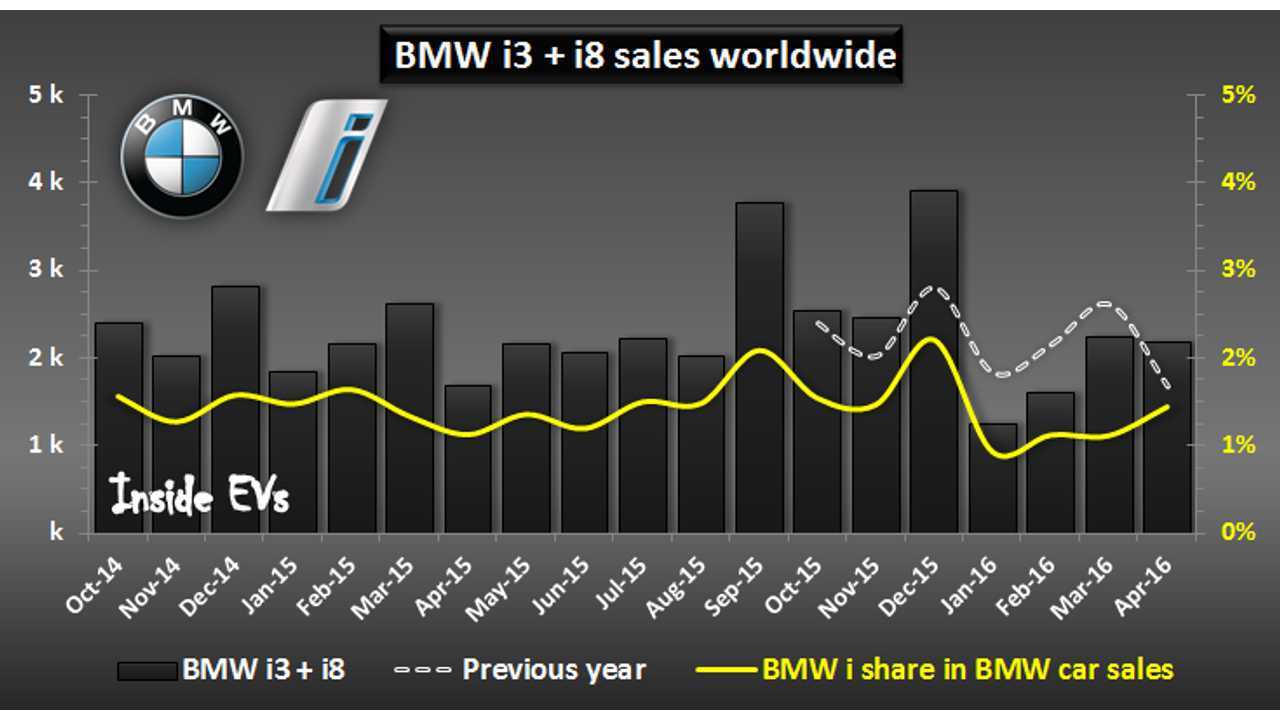 The BMW i3 alone grew by 50.7%, but we have to say that the model now finds itself under a lot of short-term sales pressure with confirmation of a new 33 kWh version arriving later this summer.

The BMW i is however just part of BMW's broader expansion in the plug-ins. The German company sold 4,504 plug-ins in total for April, and nearly 52% of those were not BMW i.

The other big plug-in entries for BMW are relatively newer cars like the X5 xDrive40e and the BMW 330e. In total, non-BMW i plug-in hybrids accounted for total 2,323 sales - the first time ever eclipsing the specialized brand.

Three largest market for BMW plug-ins in April were: