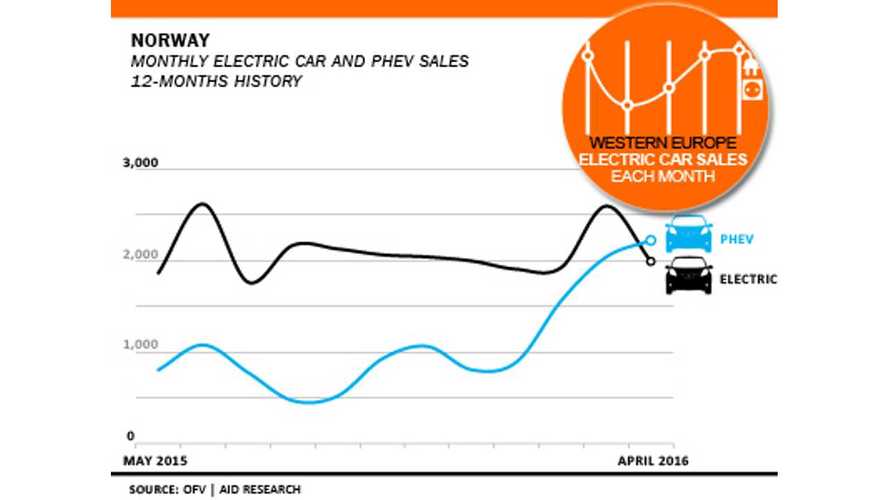 It's an interesting switch, especially that year ago it seemed that BEVs would always be beyond reach, thanks to generous incentives.

EagleAID wonders now what it all might mean...and of course spins the rising tide of plug-in hybrids as a negative to all-electric vehicles like only EagleAID can:

"At a time when Norways previously bullish and expansionary electric car market veered off course after encountering sudden and previously unexpected turbulence, AID reports on possible reasons leading to this sudden squall of change.

Is this the beginning of a big change in Norways closely watched car buying pattern?

Has Norways much-heralded love affair with the electric car hit a bumpy patch even before the inevitable scaling down of presently unmatched sweetheart buyer and user incentives?

These are just some of the likely question that carmakers are probably asking themselves after digesting Norways intriguing April car sales figures.

Coming in the wake of March sales, which provided the first hint as to which way the wind is blowing, April was the first month that Norways closely observed electric cars were outsold by the latest generation of Plug-in hybrids.

This is a fast-budding sector presently dominated by Mitsubsihis Outlander PHEV and Volkswagens Golf GTE..."