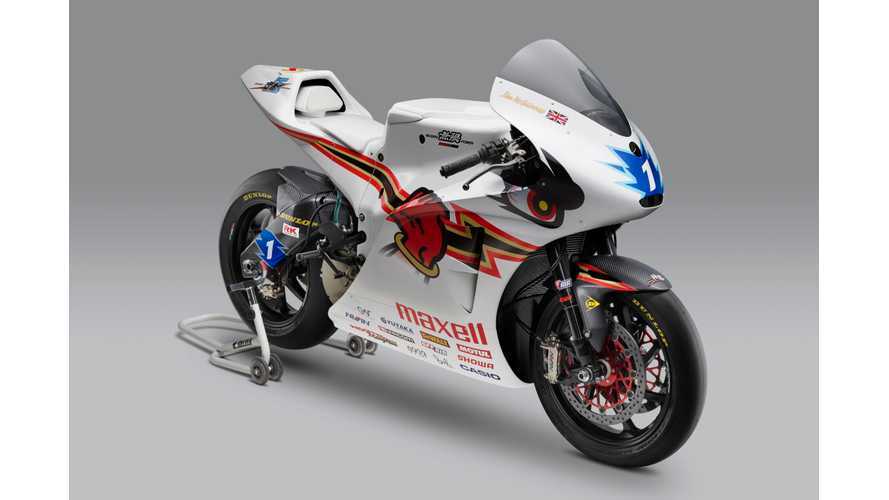 Mugen will be back for this year's TT Zero with an all-new electric motorcycle - the Shinden Go.

In June, John McGuinness and Bruce Anstey again will try to set new record at the Isle of Man TT Zero race.

With new improvements, 120 or even 125 mph average speed should be well within range.

"Major parts including battery system, motor, and frame on the new machine have all been newly developed, reflecting knowledge gained through the races of the past four years.

Alongside the improved output of the power systems, battery and motor, the cooling system has also been improved in order to access the increased power. A monocoque type frame is chosen for optimum lightness and stiffness, and to improve the aerodynamics, while at the same time permitting the battery to be positioned inside the frame.

Cross link rocker rear suspension, designed and manufactured by M-TEC, is adopted to make space for the huge battery, helping to improve the machine's responsiveness.

John McGuinness, who has won at the Isle of Man TT event 23 times, and was champion of the TT Zero and superbike Senior TT class last year (Time: 17 mins 03.567 secs, Ave.: 132.701mph = 213.516km/h), and Bruce Anstey, who has a total of 10 TT victories, including a maiden superbike race win last year, are nominated in the team’s attempt to win the race for a third successive year."