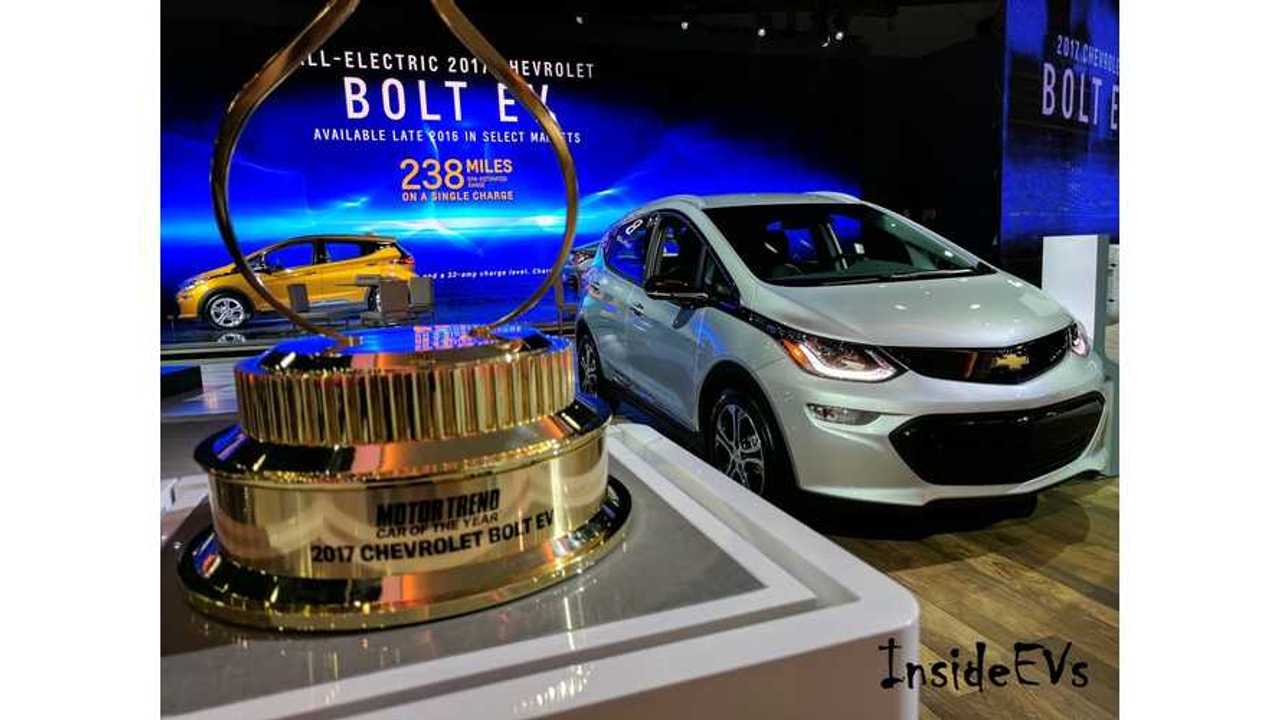 With the 2017 North American International Auto Show (NAIAS) right around the corner (open to the media starting on January 9) all eyes are on the coveted North American Car of the Year (NACOTY) award...at least as far as awards go.

Will it go to the Chevrolet Bolt? Will this be the first time (in fact, an electric car has never even been among the finalists since 1994 when the award program began) a plug-in electric car captures the award? It sure seems that the Bolt is the front-runner, especially since it's already taken home some of the year's most highly sought award, such as Motor Trend Car of the Year, Green Car Journal's Green Car of the Year, Car & Driver 10 Best and so on.

The Bolt's competition this year seems relatively weak. The three finalist are the Chevy Bolt, Hyundai Genesis G90 and Volvo S90. We think that the game-changing nature of the Bolt will secure its win and others agree with us. Ed Loh, Motor Trend Editor-in-Chief, stated:

"Chevrolet is on a roll with new and compelling vehicles. The Bolt EV is certainly a game changing vehicle."

"For the NACOTY award, the Bolt will be up against two large luxury sedans, the Hyundai-built Genesis G90 and the Volvo S90. But neither offers the Chevy's widespread appeal or affordability."

We sure do hope that the Bolt comes away with the win. We'll be on scene in Detroit for the award presentation on January 9 at 7 AM Eastern Time, so check back then to see if the Bolt continues down its history-making path.