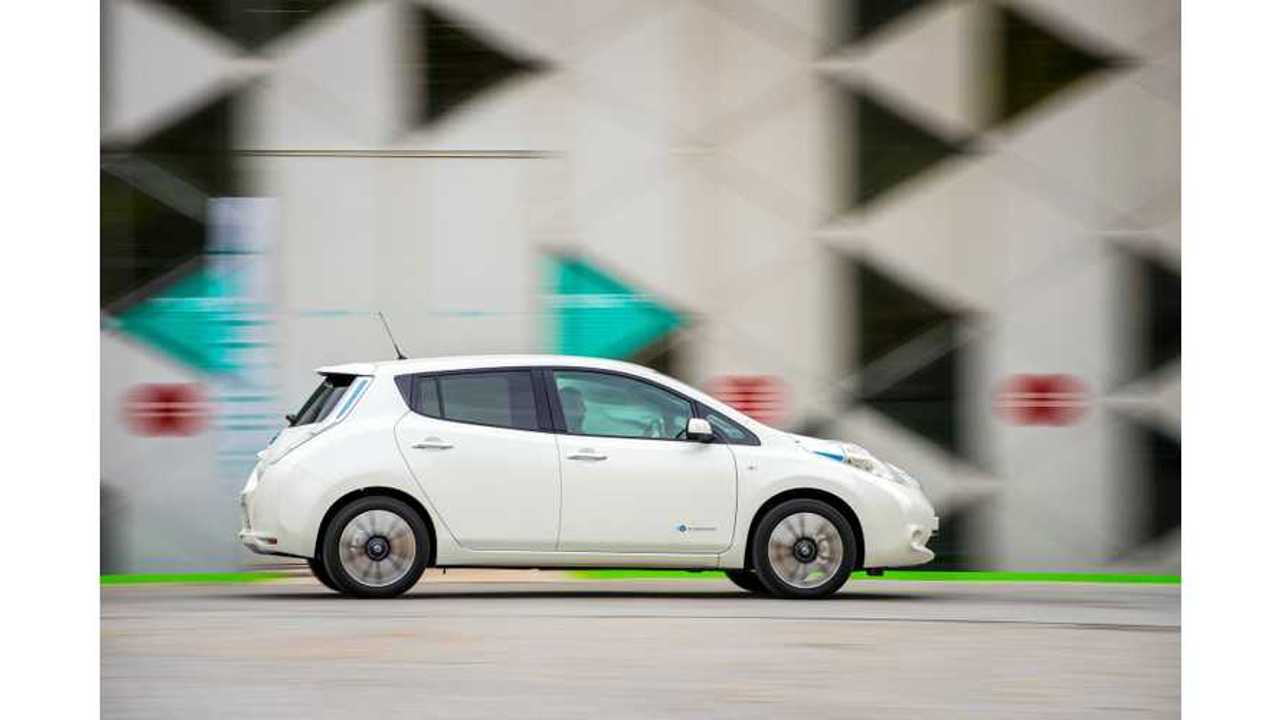 After the German government approved incentives for plug-in electric cars (up to €4,000 for BEVs / €3,000 for PHEV) and Nissan added an additional €1,000 in subsidies on top, interest in the LEAF and e-NV200 (€5,000 less expensive) has gone through the roof according to the company.

Of note: The incentives launch in the second half of May, so the upcoming April numbers (and May to a degree) will not reveal any such revolution.

So, we now have about a month and a half wait to see what will really happened in Germany with LEAF sales, where Nissan noted a "record peak in interest, with a 306 percent lift in web traffic".

In March, Nissan was already in the midst of experiencing a new sales high for the LEAF, with 293 units sold - making it the best selling EV for the month in Germany, and 2nd overall for the year.

"Following the news that the German federal government has announced EUR 4,000 in bonuses for electric vehicle customers; e-mobility leader Nissan is going one step further in raising the bar to EUR 5,000 for customers of its popular LEAF and e-NV200.

Prospective buyers in Germany can expect EUR 5,000 in assistance when they buy a new Nissan LEAF or e-NV200; representing an extra 2,000 EUR in savings when compared to a Plug-in Hybrid model."

"The 4,000 Euro bonus is co-funded, with 50% provided by the manufacturer and the German federal government matching the contribution. Nissan has taken the decision to extend the offer, with an additional 1,000 Euros on the table to take the subsidy up to Euro 5,000."

In all likelihood, the good news via incentives is not limited to just Nissan, so we could be seeing several new EV sales records set in Germany in June.

Typically around ~2,000 total plug-in vehicles are sold each month in the country, with the exception of some fancy EU emission skirting that happened in the last quarter of 2015 (mostly with Kia Soul EVs ultimately headed to Norway).

“This incentive marks out Nissan’s clear commitment to affordable, mass-market, pure electric vehicles (EVs). We hope that the additional incentives for pure EV adopters will encourage drivers to make the switch to 100 percent electric mobility from the get-go.

“Our commitment doesn’t stop there – since 2010, we have helped to fund an extensive network of reliable CHAdeMo chargers. In fact, Nissan has part-funded more than 3,100 compatible charging units across Europe and more than 200 in Germany alone – available at service stations, dealerships and across city centres. We’re thrilled to see that there will be an additional €200m in investment from the German federal government to support multi-standard infrastructure.”