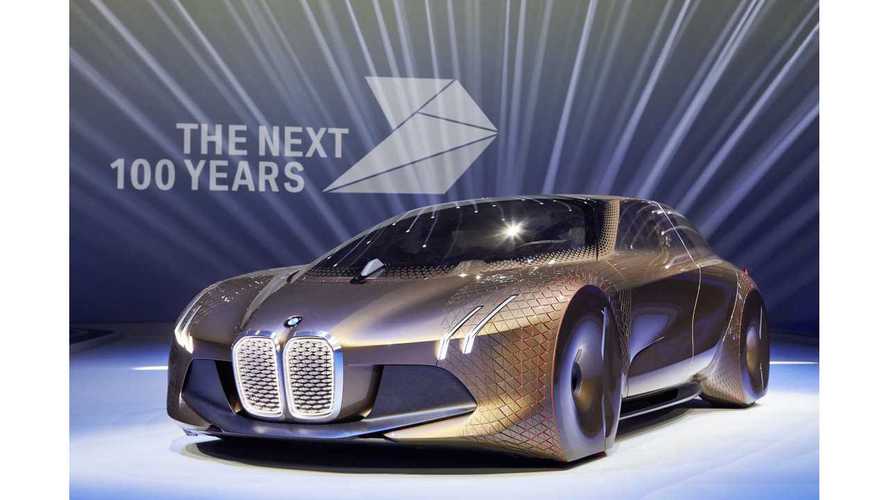 BMW will introduce its new "flagship" car into showrooms in 2021. The electric, autonomous car will be coined the BMW iNext.

Harald Krueger, BMW CEO told annual shareholders in Munich that the upcoming vehicle with "cutting-edge" electric drivetrain and all new interior will be able to drive itself. The new release, along with BMW's current "i" line are all efforts to compete in the luxury car electric vehicle market. This will be an addition to the line which already includes the i8 PHEV and the i3 BEV/REx. Krueger said:

iNext is set to be "our new innovation driver, with autonomous driving, digital connectivity, intelligent lightweight design, a totally new interior and ultimately bringing the next generation of electro-mobility to the road."

BMW is actively revamping company concepts to assure direct competition with the likes of new OEM Tesla, along with the usual suspects, Audi and Mercedes-Benz. In March, the company showed its future ideas regarding vehicle autonomy via its Vision Next 100 concept car. This was likely an overly obvious foreshadowing of the iNext platform.

On top of this, as companies are realizing that car ownership is continually diminishing in "big city" environments, BMW has announced its jump onto the bandwagon of car-sharing and ride-sharing ventures. Its first delve into the scene is a car-sharing situation in Seattle, with the possibility of more such services to come.

The numbers are showing that Tesla is dominating the European market and lighting a fire under established automakers. Mercedes has been luckier than BMW with being ahead of the game, launching new product lineups and a multiplex of new models. BMW's sales in the first quarter of 2016 only gained marginal success compared to that of Mercedes.

In an attempt to try to regain momentum and push ahead, BMW has cut prices by 5.9 percent across the board. This is partly since the company's available models are all "older" models, in direct comparison to the competitors. Nevertheless, BMW is reportedly still on par with 2016 projections.

Krueger, in his stockholder's address, assured that for the seventh consecutive year, his company is on target. While, unfortunately, above target needs to be the goal when factoring in the accelerated growth of the dominant competition.

"After our first quarter, we are on track for the full year. We have always stressed that our centenary is a springboard to the future."

With BMW's newly announced push, following behind other companies, we will see if Krueger's realizations prove true in this ever-changing and increasingly competitive new market.