Does A BMW i3 Battery Upgrade On An Older Model Make Sense? 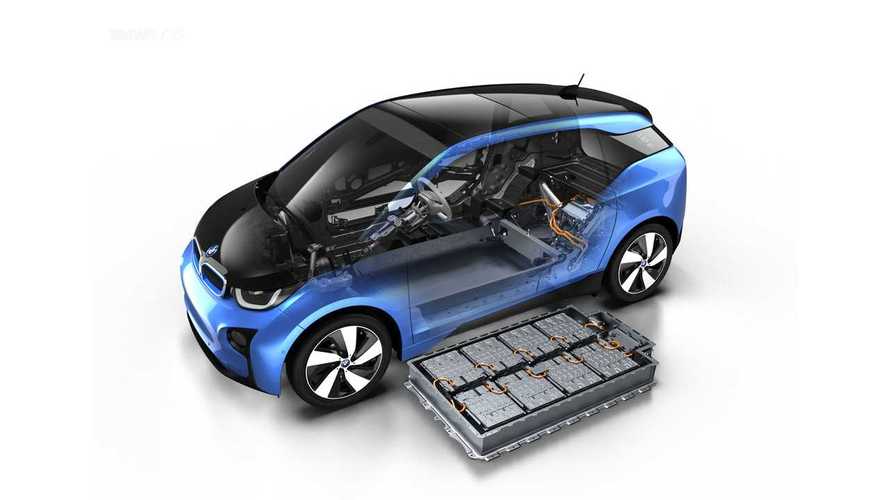 Here's Why an i3 Battery Upgrade Currently Doesn't Make Sense

The concept of upgrading an electric vehicle's battery pack is certainly not a new one. In fact, it's something that many EV owners have been vocal about wanting to see offered. So the news that BMW (regionally) would begin a battery upgrade program for their current i3 owners is good indeed, even if it may be something that isn't really necessary, or practical - yet.

The big news in BMW i's May 2nd press release was, as expected, that BMW would be upgrading the i3's battery cells from 60 Ah to 94 Ah. This means the 2017 i3 will have an EPA range of 114 miles, up from the current 81 miles per charge. These new battery cells are physically the same size as the currently used cells, but can hold 50% more energy and are only slightly heavier. About halfway down the press release, this interesting bit was stated:

Retrofit Program: The Battery Can Be Exchanged Optionally

"The Main focus at BMW i is on sustainability. The consumer is given the assurance that his (her) BMW i3 can be adapted to the latest technical developments in a resource-saving way. This is safe-guarded by the flexible LifeDrive vehicle architecture. The BMW i3 is the first automobile in the premium compact segment in the world to have been designed from scratch as a purely electrically powered vehicle. This design also includes retrofitting new battery technologies.

With the introduction of the new 94Ah battery, BMW gives BMW i customers the opportunity of retrofitting their purely electric BMW i3 (60 Ah) with the new 33 kWh battery as part of the a high-voltage retrofit program. This program is available in select markets. The 22 kWh batteries traded-in by customers are used to build stationary storage battery modules thus starting their second life. This effectively proves how sustainable BMW i technology is across its entire production and service life cycle."

I highlighted "select markets" because it appears that BMW AG is allowing its regional offices to decide if they want to participate in the retrofit program. BMW of North America and BMW UK have both declined to participate at this time.

It's believed that is because the cost of the retrofit is high, and since the cars are still relatively new, they believe few customers would elect to upgrade. While there hasn't been any official cost announced for the upgrade yet, I've had people in European countries that will participate contact me, and tell me they were quoted roughly $8,000 US. I've also seen people in i3 Facebook groups discuss a number similar to that, so I believe $8,000 is likely accurate.

This is actually pretty close to what I predicted an upgrade would cost, and why I've previously said it will be very hard for BMW (or any manufacturer for that matter) to offer a reasonably priced battery upgrade as new, better battery cells become available. There's a reason why no OEM has offered a battery retrofit program for a currently-available model like this.

Tesla Roadster Battery Swap Will Set You Back Almost $30,000

The exception being Tesla, which has offered a battery upgrade option for their Roadster owners to consider, however it costs $29,000 and was offered three years after Tesla sold their last Roadster. Tesla does not offer battery retrofit upgrades to vehicles that are currently in production, namely the Model S and Model X. Roadster owners were generally underwhelmed by the upgrade offer, and while it's unclear how many took advantage of the program, it's most certainly a very small number.

The only other upgrade comparison worth noting is that Nissan will allow LEAF owners to replace their pack with the same size 24 kWh battery for $5,499. They won't however, allow a customer with a 24 kWh to upgrade it to the new LEAF 30 kWh battery. This isn't a battery upgrade program since Nissan only gave customers the option to replace their battery with the same one, albeit new pack. Offering a battery pack upgrade isn't an easy thing to do, it's not just a matter of swapping the modules with the new cells. There's plenty of reasons why BMW is the first OEM to offer this on a currently available model. In fact, Transport Evolved covered this topic in depth with this post a couple months ago.

Nissan Has A Battery Swap Program For Replacement Packs

So BMW's retrofit program is indeed something unique, and hopefully something the other OEMs copy. The fact that BMW uses the traded in battery packs to build stationary energy storage modules opens up another question: Who's going to use them? Will BMW sell them to a third party or will BMW refurbish them in house and sell the battery storage unit themselves, ala Tesla's Powerwall?  I'd love to upgrade my battery pack in about three more years when I have 130,000 miles on it, and get my old battery back from BMW, refurbished and ready to be used in my home.

BMW hasn't elaborated on exactly what they plan to do with the "stationary storage battery modules" made from the traded-in packs, but this is an option I believe and may very well end up being what they do.

Personally, I like the idea of getting my car's old battery back to use in my home. It would really expand the sustainable life-cycle model that I'd like to employ. It would also be a cool conversation piece, especially when someone asks me sarcastically, "Where do you think those EV batteries go when you replace them?" Intimating that they will end up in a landfill, leaking toxic acid which is a common misconception about high voltage lithium ion batteries used in EVs. I would be able to answer, "After powering my car for 130,000 miles, I replaced the battery pack with a new one that now allows me to drive twice as far as the original pack. I then took the original battery pack and put it in my basement where it will be used for about a decade, storing energy generated from my solar array, so now I'm always driving on sunlight, whenever I plug in to charge."

While this sounds great, the truth is it's still a little premature to get excited about the retrofit program. The i3 is only about two years old, and even the earliest i3s delivered in Europe aren't even close to the point where they need a battery replacement yet. Here in the US we just passed the two year anniversary of the first i3 delivery this week. It just doesn't make sense to replace an EV battery which is only two or even three years old, especially since the vast majority of i3's are leased. I believe this is why BMW of North America and BMW UK both decided against offering the battery upgrade program at this time. It's not that they don't think battery retrofit is a great idea, it's just not time yet.

I took delivery of the first i3 REx in the US on May 25th, 2014, so I've owned my i3 for almost two years now. I have a little under 50,000 miles on the odometer and so far my battery has about 94% of its original capacity. I have one of the highest mileage i3s in the country and still have 94% battery capacity; why would I, or anyone for that matter. want to buy a new battery pack now? As I mentioned above, I definitely plan to upgrade my battery at some point, but I first want to get value out of the pack I already paid for. If I continue driving at the same rate I am now, which is 25,000/yr, then in three more years (2019) I'll have 125,000 miles and will probably be ready to upgrade.

Coincidentally, in 2019 BMW's battery supplier Samsung SDI, is scheduled to release their next generation of automotive lithium ion battery cells, which will be 125 Ah. The cells BMW will be using in the 2017 i3 are 94 Ah, replacing the 60 Ah cells I have in my i3. I'll most likely skip the 94 Ah generation and upgrade directly to the 125 Ah cells once they are available, and that's exactly what I expect most 1st generation i3 owners will do. Upgrading to the future 125 Ah cells will effectively double the car's range, as opposed to the 40% increase in range the 94 Ah cells are delivering.

That's how battery retrofit makes sense. Paying $8,000 to replace a two year old battery just to add 35 miles of range simply doesn't add up, and it's why most markets won't offer the retrofit program just yet. However replacing a battery with 125,000 - 150,000 miles, after it's been used 5 - 7 years or longer, and doubling the range of the car when it was new does make sense, even at a cost of $8,000 if you plan to keep the vehicle long term. Plus, the cost of the cells will most likely continue to drop, and the replacement pack will probably cost less in three years than it does now, even though you'll get better batteries.

I really like that BMW AG is starting the program now, even if it's not likely to get many takers. This will allow them to work out any potential problems, gradually improve the program, and in a couple of years time when the early i3 owners start inquiring about it then BMW will be 100% ready. By 2018 I expect most major i3 markets will be participating in the retrofit program, just as the demand for battery pack replacements begin to rise.