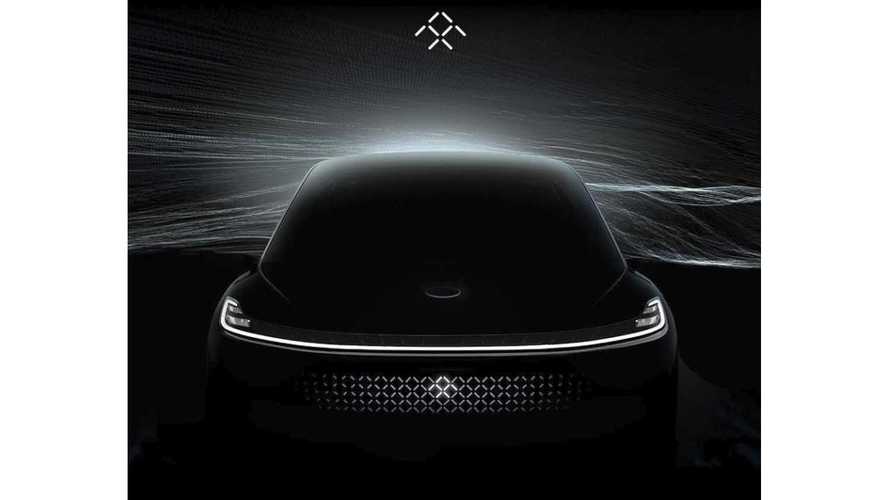 Faraday Future has just released a new teaser for its electric car that will be fully revealed on Tuesday, January 3rd in Las Vegas ahead of CES.

This latest teaser presents more of the vehicle than the previous two images (follow links below) released over the past few days by Faraday.

The teaser appears to show something we'd generally classify as a concept (it certainly appears more radical than the road-going cars we're used to seeing these days), but Faraday promised this is a production-intent vehicle.

InsideEVs will be attending the live debut of Faraday’s first production-intent EV from The Pavilions at the Las Vegas Market, as well as the subsequent action from CES in the following days, so stay tuned for more on Faraday's first real electric car.