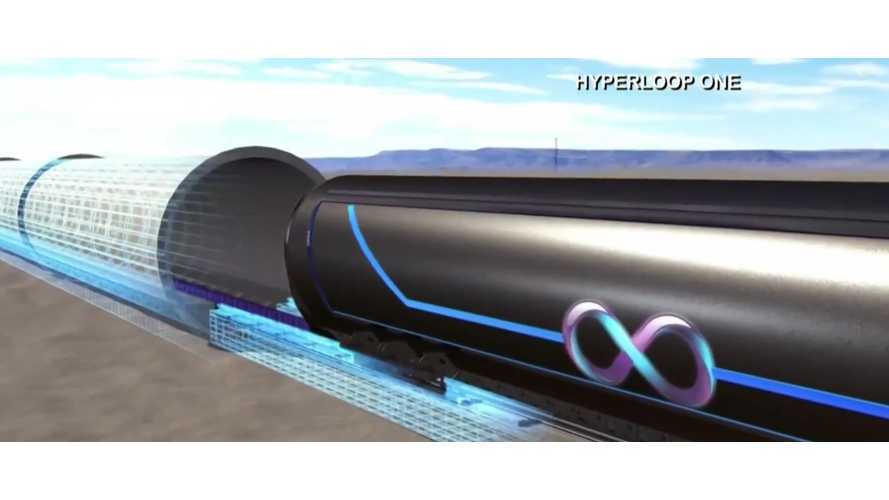 Yesterday afternoon, in the desert outside of Las Vegas, the first successful, public hyperloop test was performed for an "elite, invite only" audience.

Los Angeles based startup Hyperloop One (formerly Hyperloop Technologies) sent its test vehicle down a "roller coaster" style track at speeds over 300 mph.

The hyperloop is an Elon Musk vision that the company has been working to bring to life. Although most reports are saying that the demo didn't look like much, and that this was no big deal, it was proof that the new electromagnetic propulsion system is actually becoming a reality.

The system will be able to go from 0-100 MPH in less than a second, and when the final, more aerodynamic product is finished it will hit speeds over 700 MPH. The final product will travel through a low pressure tube, and spectators were told that it will have brakes, unlike the test cart that smashed into piles of sand. The low pressure tube causes a vacuum which lessens the need for power, thus increasing efficiency, reducing energy use, and keeping cost down.

Josh Giegel, senior vice president of engineering, spoke to a reporter at Mashable. He explained:

"Unlike typical motors, this one has no moving parts. Giegel described the motors as “blades” and what you might get if you took a typical electric motor, cut it down the seam and unrolled it. When powered, these roughly 2-feet tall by 6-inch wide blades create electromagnetic energy that reacts with the pod and pushes it along."

Reports speculate that we will see the first of this type of transportation overseas long before it comes to North America.

More videos are available at the links below.