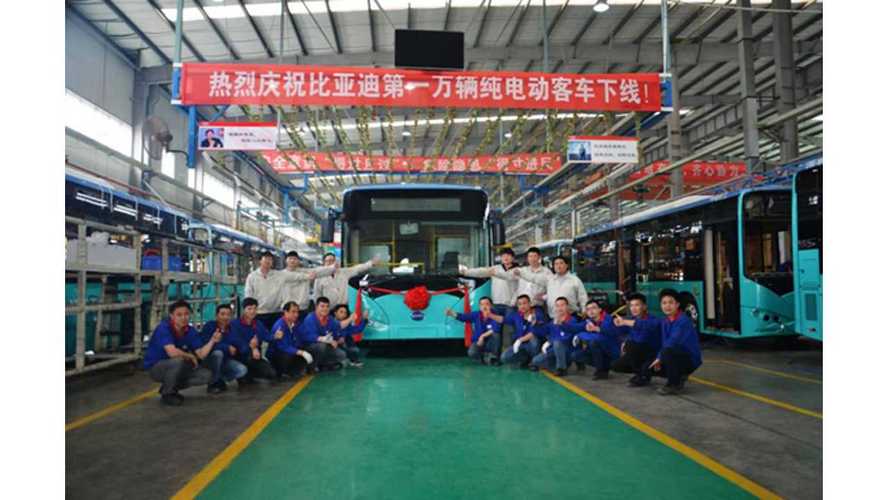 Specifically, the 10,000th bus, was a "K8" that rolled off the production line in China in April.

It took just 6 years since presenting its first electric bus to reach the 10,000 sold mark, and now BYD is looking forward to quickly reaching the next 10,000th sold, as 2016 begins with over 6,000 orders waiting in the wings.  Truly, fleet managers around the world have embraced the emission and efficiency benefits of the e-bus.

The Chinese company offers all kinds and sizes of buses, and is still heavily investing in new production facilities in China, the US (in Lancaster, California) and around the world.