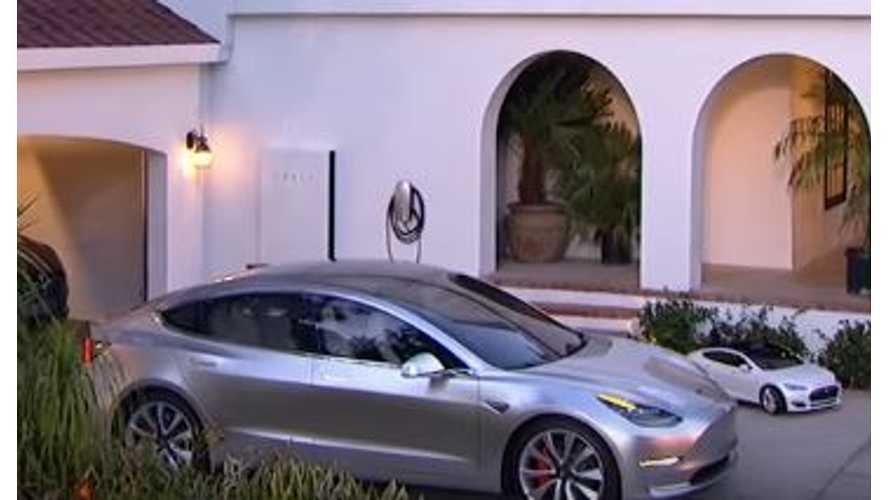 Jonas took a lot of heat for that statement and in a new note sent to investors, he seems to have dialed back his wording...just a bit.

Just a couple of weeks ago, Morgan Stanley's top Tesla analyst, Adam Jonas, stated that he expected the first Tesla Model 3 deliveries to begin "at the very end of 2018."

“We do not expect the Model 3 to be launched in 2017. While we cannot rule it out, we do not adopt as our base case a scenario in which Model 3 deliveries begin in 2017.

We recognize that Tesla management has targeted a 2H launch date and that they will make every effort to satisfy high levels of preliminary demand and fill orders for the product as soon as possible. However, our base case is for a launch in late 2018. We have taken this conservative approach to allow for the probability that Tesla will choose to prioritize the quality, cost, performance and lifesaving technology of the vehicle.

While Tesla still adopts a high level of vertical integration, we expect the Model 3 to rely even more extensively on 3rd party suppliers than the Model S, potentially increasing the scope of supply-related factors outside of the company’s control.”

We at InsideEVs do expect Model 3 deliveries to begin as promised in 2017, but we expect the volume of the deliveries to be miniscule, basically echoing similar concerns as Jonas, and considering Tesla's historical track record, and progress to date on the Model 3 in mind.

"Real" production and volume deliveries may indeed not begin until Jonas' "late 2018" target, but at the end of the day, it is coming - and that's still the main thing to remember.