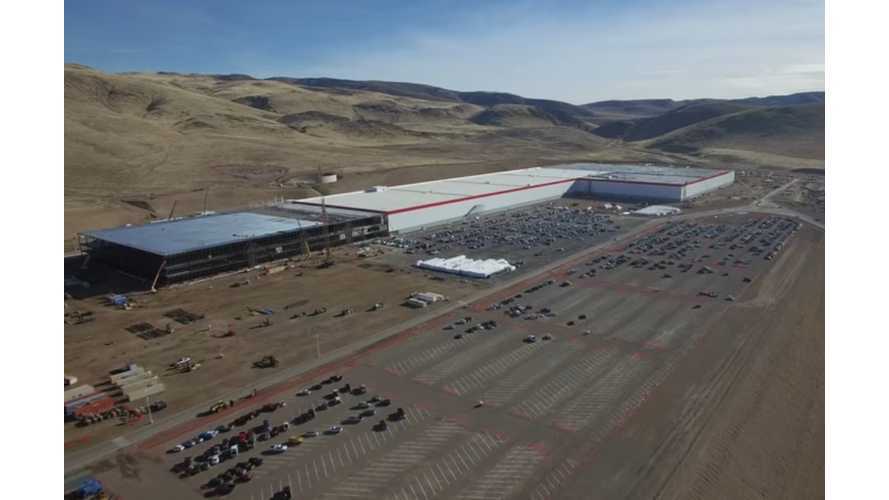 “Today, Tesla employs more than 850 full-time employees and there are more than 1,700 construction workers at the Gigafactory.”

There are more than 850 Tesla employees on site, and though partner Panasonic employs an undisclosed number of workers at the Gigafactory as well, that 850 figure still seems rather low to us.

The disclosure was released after "an independent audit by Grant Thornton for the April-June quarter said there were 331 full-time workers at the battery factory."

Tesla countered that 331 figure by stating 850 work on the site presently (which clearly isn't an apples-to-apples comparison of today vs Q2, but we appreciate nonetheless). Even at 850, the number is still well short of the ~1,700 the state of Nevada and Tesla projected would be there by this point in time.

Why the shortfall? Believe it or not, Tesla itself admitted that construction of the Gigafactory was a bit behind schedule. As Review Journal explains:

"The Tesla spokeswoman said those projections were made in 2013 and assumed the plant would be under construction in early 2014. Instead, construction on the factory didn’t begin until almost 2015."

“We are on schedule with our production hiring and investment numbers. Tesla expects to hire more than 1,000 additional full-time employees at the Gigafactory in the first half of 2017.”

Panasonic will be adding employees as well. Panasonic spokesman Jim Reilly says the company has an "aim of hiring between 2,000 and 3,000 employees by the end of 2017.”