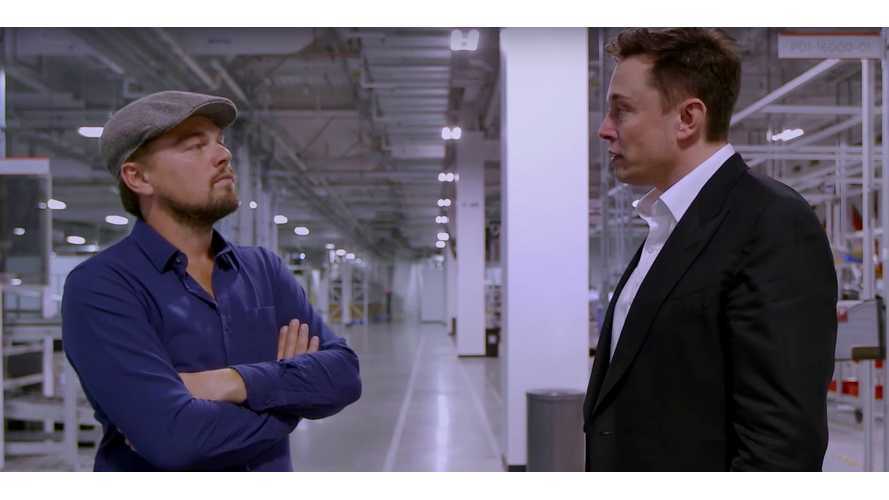 Recently, we mentioned the new TV special, Before the Flood, with Leonardo DiCaprio providing an insightful look into the global warming/climate change epidemic. Of course, it featured Tesla CEO Elon Musk. Leo is on a roll, using his celebrity status to push the issue. This week he met with President-elect Donald Trump to attempt to make some headway.

As if Trump didn't have enough information to sort out regarding the subject and his official views, he has been inundated as of late. Aside from Leo's visit, Trump met with Al Gore, concerning the same subject matter. Gore is a leading environmental activist himself. Ironically, this all happened during the same time frame that it was reported that Trump chose Oklahoma attorney general, Scott Pruitt, to lead the EPA. Pruitt is a known advocate against climate change, and has actually sued the EPA several times in the past.

"We presented the President-elect and his advisors with a framework ... that details how to unleash a major economic revival across the United States that is centered on investments in sustainable infrastructure. Our conversation focused on how to create millions of secure, American jobs in the construction and operation of commercial and residential clean, renewable energy generation."

Trump has sort of a reputation for denouncing climate change, mostly in the form of multiple negative Tweets in the past. However, it is hard to know whether it was from a lack of information, an attempt to be "funny", following party/popular opinion of those in his circle, or his genuine beliefs. Now, with the myriad of information in his lap, he can hopefully make an informed judgement.

The future Commander-in-chief may not be completely against hearing what Leo and organization have to share. Tamminen said:

"The President-elect expressed his desire for a follow up meeting in January, and we look forward to continuing the conversation with the incoming administration as we work to stop the dangerous march of climate change, while putting millions of people to work at the same time."

On a side note, if Ivanka has the ability to make any impact, it was reported that Leo gave Trump's daughter a personal copy of Before the Flood.