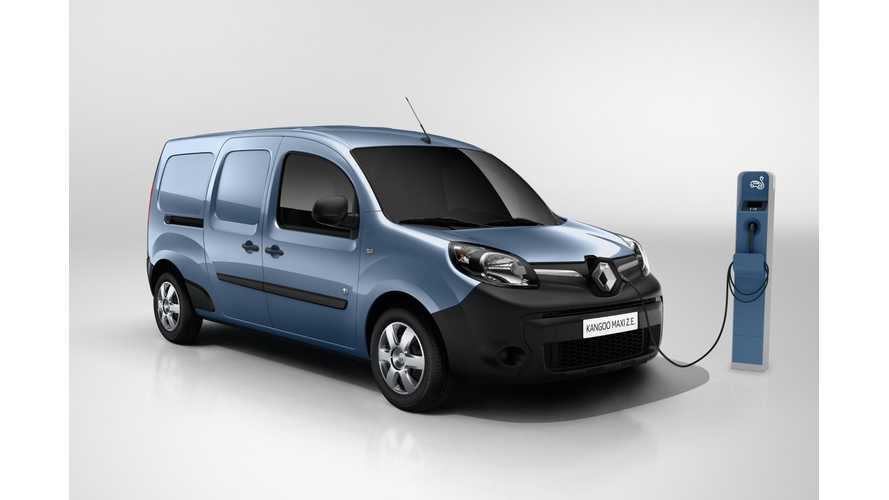 Renault has announced a major upgrade for its  KANGOO Z.E., which soon will get both a new battery and motor - similar to that of its EV stablemate, the Renault.

Details are to be revealed on January 13 at the 2017 European Motor Show in Brussels, Belgium.

The only thing that Renault has announced for now is more than a 50% improvements in range *58% to be specific).

We assume that new KANGOO Z.E. will utilize new LG Chem battery cells and motor shared from the new ZOE Z.E. 40. (details), which has a 41 kWh battery on board.

"Renault Pro+ will equip the latest KANGOO Z.E. with a new motor/battery package that will increase the model’s driving range by more than 50 percent, from 170km to 270km NEDC(2). That is equivalent of 200km in real conditions.

The KANGOO Z.E. is a completely practical solution for environmentally-conscious business customers who have praised the driving enjoyment it delivers, as well as its carrying capacity and competitive operating costs.

The New KANGOO Z.E. is made at Renault’s Maubeuge plant in northern France."