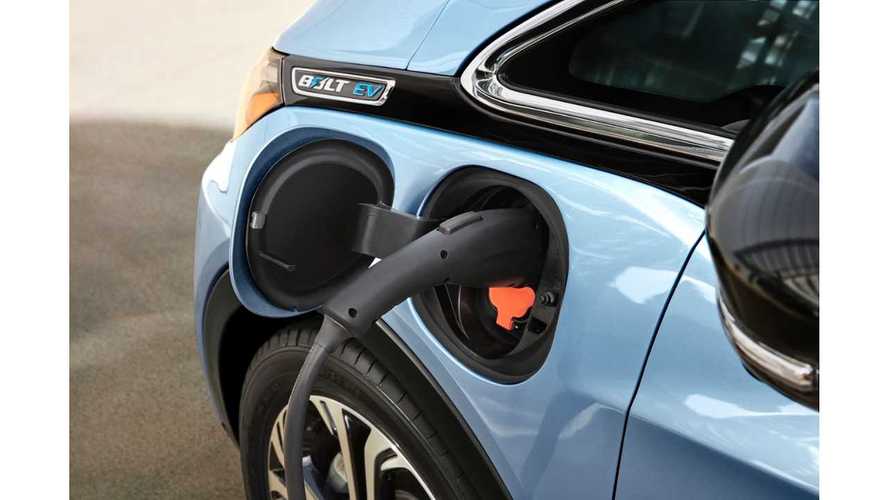 Other Commitments Per GM's Sustainability Report

“We see tremendous potential in these technologies and the long-term benefits for our customers and communities around the world. The GM team is looking to lead this transformation of personal mobility and will continue to deliver on our commitment to responsible manufacturing.”

Alternative propulsion includes all-electric vehicles, hybrids and plug-in hybrids, among other more future technologies like solar and hydrogen. The newly released second-gen Volt has upped power and efficiency. The Bolt EV enters the market at the end of this year as an affordable car for the masses that is all-electric, with long-range capability.

Barra, in a letter to GM stock investors, said that the auto industry will see more adaptation in the next five years than it has in the last fifty. She wrote:

“This gives us an unprecedented opportunity to develop cleaner, safer, smarter and more environmentally friendly vehicles for our customers . . . By putting truly cutting-edge technology within the reach of so many customers, Bolt EV cracks the code of affordability and long range.”

“GM is quickly and appropriately adapting its business to our rapidly changing world, from addressing climate change through public policy advocacy to helping move electric vehicles into the mainstream."

GM is reporting that nine of its models are now at 40 MPG or better EPA, up from six in last year's report. Electrified vehicle sales are up nine percent.

GM has launched carsharing programs under the Maven name in Ann Arbor, MI, Chicago, New York City, Germany and China. All of this came after the company invested in ridesharing service, Lyft. The “fastest-growing ridesharing company in the U.S.", according to the report.

GM is working hard to use more renewable energy and reduce the "carbon footprint". Deals are in place in Texas and Mexico for wind turbines. The company has already generated $1 billion due to recycling and/or reuse. All of this has generated $237 million in savings since 2010. The Dow Jones Sustainability Index granted GM the only company in North America to earn perfect scores on climate change disclosure.