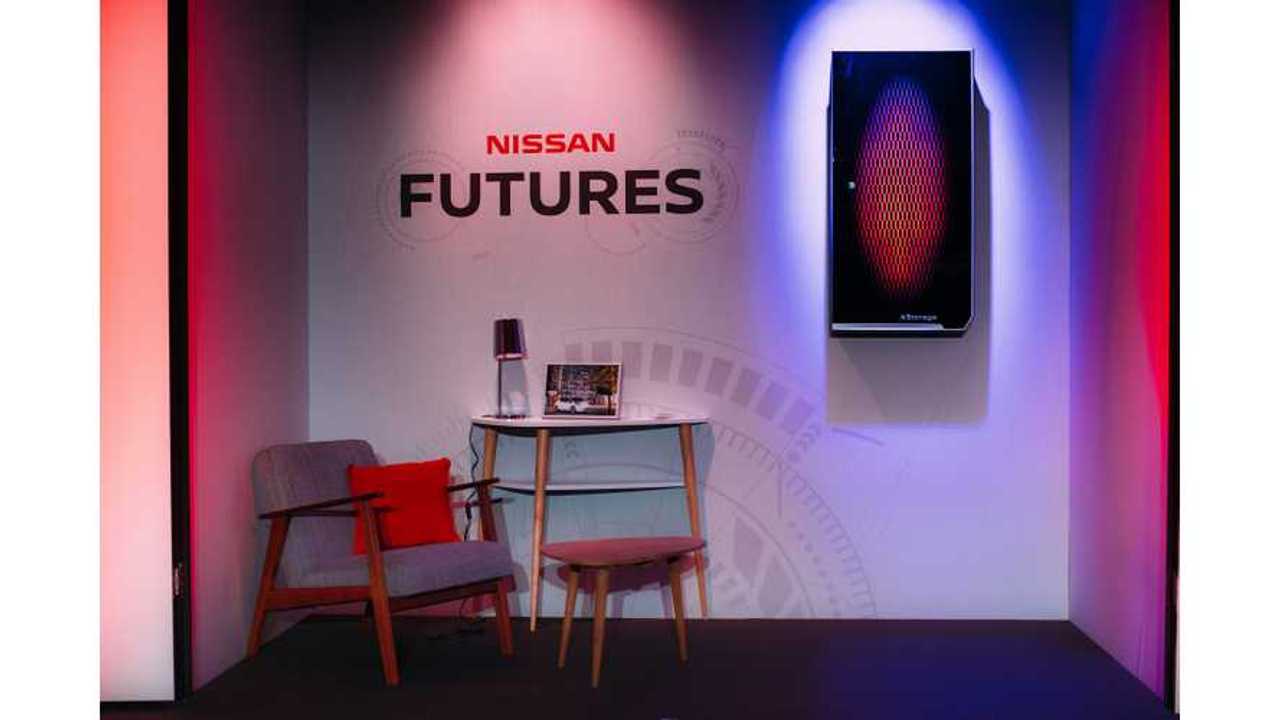 Nissan Debuts xStorage From Nissan Introduces Its Own Powerwall: "xStorage" From €4,000 ($4,500USD) Installed

Nissan has taken a page out of Tesla Energy's playbook by introducing its own Home energy storage solution, called the "xStorage" in Europe.

Where this differs from several other ESS systems that are now coming to market is that the Nissan solution takes advantage of second hand batteries from Nissan electric vehicles (the LEAF and e-NV200).

For this endeavor Nissan is not going alone, it has signed up power management player Eaton to help with the project.

The company says it is designed to be the "most affordable" complete system on the market today.

The unit is available to pre-order in Europe from September of this year, and Nissan says the "xStorage" solution will give consumers the power to control the how and when they use energy at home.

"Connected to residential power supply or renewable energy sources such as solar panels, the unit can save customers money on their utility bills by charging up when renewable energy is available or energy is cheaper (e.g. during the night) and releasing that stored energy when demand and costs are high.

If a home is equipped with solar technology, this means that consumers can power their homes using clean energy stored in their xStorage system, and be rewarded financially for doing so by avoiding expensive daytime energy tariffs."

Nissan notes the system also serves as the "ultimate back-up solution" to owners for whenever the grid goes down or some under strain.  In some locations where permitted the customer can even generate revenues for themselves by selling stored energy back to the grid when costs are higher.

The xStorage Consists Of 12 Battery Modules

"The xStorage unit will be the first device of its kind in the market to provide a fully integrated energy storage solution for homeowners. This means, unlike other storage devices, this factory made integrated unit ensures safety and performance when storing and distributing clean power to consumers. Once set-up by a certified installer, it is ready to go, giving consumers the ability to plug in and power up easily. It will also have smartphone connectivity to allow consumers to flick between energy sources at the touch of a button."

The unit is nominally rated at 4.2 kWh and the installed price is  €4,000/£3200 ($4,500 USD), which represents a fairly decent bargain as small ESS system installations often run more than the cost of the unit itself.  As of now plans for xStorage only involve Europe.

No further specs were released on the announcement (we will of course update as soon as they are), but we can confirm that 12 used EV modules make up the storage capacity for each xStorage unit.  When new, 12 modules are rated at 6 kWh; so the cells used in the system look, on average, to be degraded about a maximum of 25-30% (over 70% of original capacity)...typically the level where degradation has slowed.

“The collaborative development between Eaton and Nissan enabled us to optimize development and production costs and deliver a well-integrated offer to consumers. Our system will be provided to end-users completely ready to use, with all required elements including cabling and installation by a certified professional, at a starting price of €4,000 (£3200) for 4.2KWh nominal. Our policy is to avoid hidden extra costs and achieve a lower total cost of ownership than other major offers already announced.

Nissan says that the xStorage system "marks the start of a longer-term commitment by Nissan and Eaton to widen the portfolio of energy storage solutions available to both private and commercial customers."

Nissan and Eaton state they expect to sell more than 100,000 xStorage units within the next five years.