With 2G Shut Off Looming, Nissan Offers 3G Upgrade For Affected LEAFs For $199 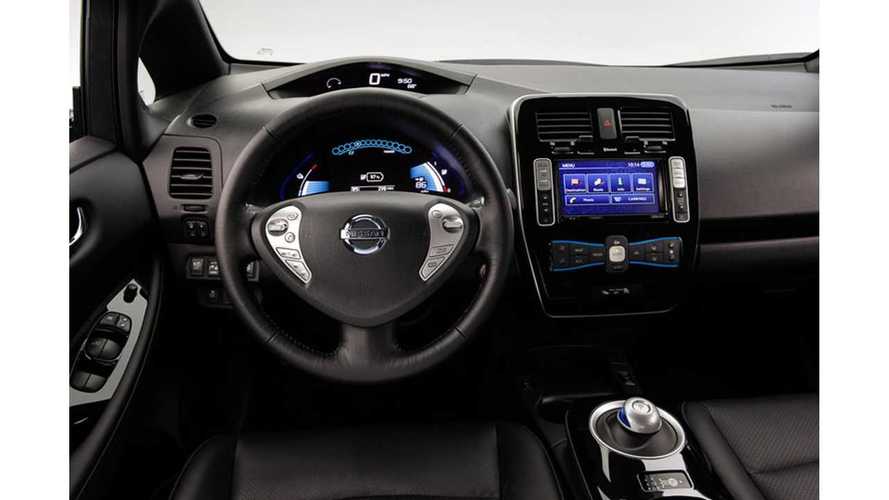 Nissan LEAF's "Carwings" on-board telematics systems, found in upper level-trim LEAFs made between 2011 and 2016 (SV/SL), have entered their final three weeks of operation, as 2G service turns off on January 1, 2017 (as announced earlier this year), disabling the system.

Newer versions of the Japanese EV, since model year 2016, are now equipped with the newer NissanConnect EV nav/infotainment system, which is based off of the more current 3G cellular telecom network.

The older Carwings telematics that was installed in 2011 to 2015 model year LEAFs, was also unfortunately built on the older 2G system (why?), of which AT&T will be shutting-off shortly, leaving LEAF owners without Carwings functionality...at least until they upgrade to 3G and NissanConnect EV.

So, three busy weeks left to visit a Nissan dealer for the upgrade.

All Nissan LEAFs can be upgraded from Carwings to NissanConnect EV, but Nissan will only cover the change for no charge on model year 2015 cars, with the company saying that the operation should take no more than a few hours.

Owners of the 2011-2014 LEAF find themselves out in the cold shortly after Christmas, and will need to pay $199 to keep the option they paid for in purchasing the EV active.

For those who decide to not pay for the upgrade/conversion to NissanConnect EV, they will lose things like the remote monitoring of the battery state of charge, the ability to remote precondition the cabin, etc., as well as some on-board features that are even more important - like performing a current search for charging stations. The upgrade can also be done into 2017 after the shut-down.

With that said, the older/upgraded LEAFs still will not offer all the features of the new NissanConnect EV navigation system, because the touch-screen display and navigation will remain true to the original Carwings system.

Some of the owners have complained in the past about the unreliability Nissan's original telematics system, so now they can now decide whether it's worth it or not to pay $199 for a more functional and reliable connection.  Transport Evolved weighs in:

"Due to poor connection issues, many customers have struggled to get their telematics system to properly connect to their car when parked at home or work. Others have found the system will work for a few weeks at a time, then inexplicably go offline for days at a time. Granted, the reliability of the Nissan Telematics system has vastly improved in recent years, but many owners we know gave up on it a long time ago and as such, will be unlikely to pay for the upgrade.

For others however — the Transport Evolved team included — the functionality of the remote telematics system (connection issues aside) has proven itself invaluable time and time again, especially when it comes to sending status updates on vehicle charging or clearing the car’s windscreen on a cold, frosty morning."