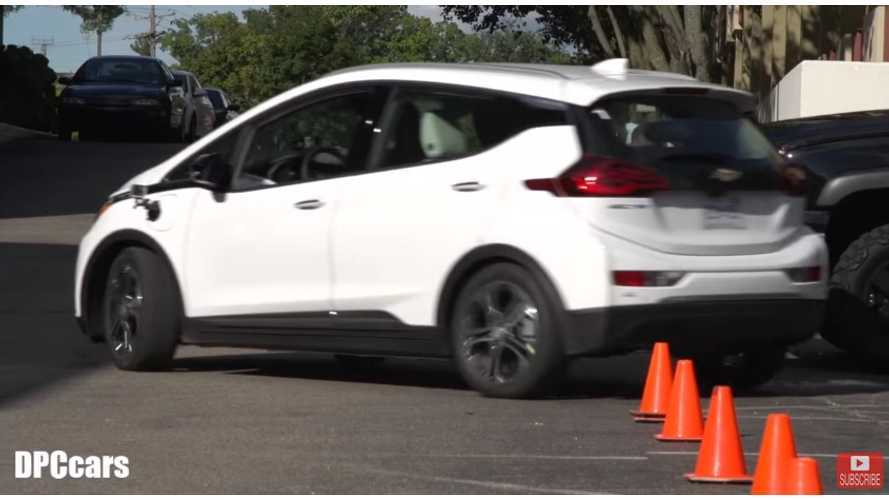 Preparations for Chevrolet Bolt EV production are advancing quickly in South Korea by LG Chem and in U.S. by GM itself at the company's Orion assembly facility in Michigan. The two companies are working in unison to start production in October and deliver first cars by the end of the year.

The annual Woodward Ave Silent Cruise in Michigan was a nice opportunity for Gm to afford Volt owners an opportunity to check out the new 200+ mile Bolt EV, and learn some new details.

It is apparently still too early for drivers to sit behind the wheel and take the EV for a private spin, but feedback from passenger perspective - at least according to above video - was tremendously positive.

We do of course have to note that GM was "playing on its home field" (so to speak), as all the riders were already GM electrified customers, but even the comments from people at the event that we have spoken to privately seem to show a genuine enthusiasm for the car; many of whom were formerly very attached to the "extended range" (EREV) formula of the Volt.

If there is one issue we have heard repeatedly, it is in regards to the width of the EV (and the limits that can bring with it)...as there is no hiding its Sonic/compact roots in this case.

At this point it seems that GM has nailed consumer's main needs and it should be a success, at least in regards to initial targets of selling ~25,000 a year in North America.

Video (below): Extended video of a consumer drive (via Erik Stephens/YouTube)