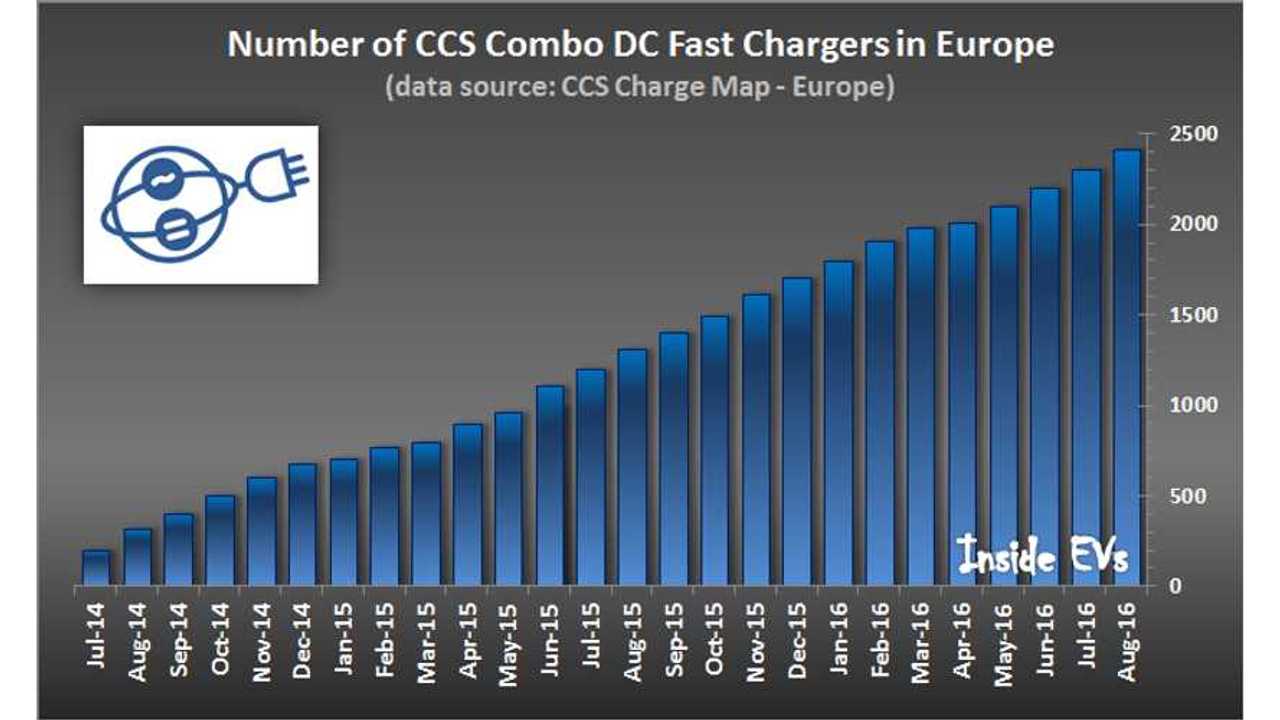 More than 600 CCS Combo chargers have been installed in Europe so far this year according to data from the CCS Charge Map.

The average installation pace since Spring seems to be hovering around ~100 a month.

The UK still has the most CCS compatible chargers at 580; but as you can see below, Germany (mostly thanks to its new incentive programs) is starting to chase down the lead this Summer, adding 55 units over the past 7 weeks, and now stands at 425 charging stations overall.