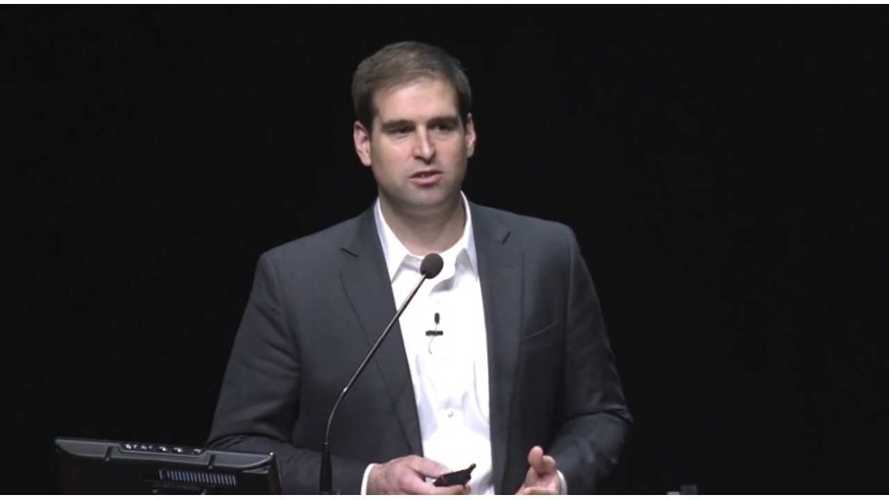 By: Steven Loveday
J.B. Straubel, CTO at Tesla Motor Company, gave a keynote speech in Toronto this week at the Discovery 16 Conference. The conference is one of Canada's most substantial annual technology meetings. At the event, Straubel focused on battery manufacturing at the Gigafactory, and how Tesla is cutting costs.

As previously reported, Tesla is attempting to massively increase production to prepare for the upcoming Model 3 and its record demand. In order for the Fremont factory to be able to live up to such production, batteries must be the number one priority. The 500,000 units per year that Tesla is promising to build by 2018 will require double the lithium ion batteries used worldwide today.

Straubel explained that Tesla is making this happen by initiating new types of battery manufacturing methods that utilize state of the art machines that he aided in inventing. The final goal, aside from increased production, is to significantly reduce unit costs. Producing all batteries from start to finish, inside the singular Gigafactory, is the company's answer. The fact that the facility will be almost fully powered by roof solar panels and other renewable on site energy, is key to the process.

Questions have been raised about exactly what Tesla's goal is for the final cost after the reductions. Although Straubel previously mentioned a 30% drop, no official figure has been publicized. Elon Musk said:

“We’re trying not to comment on individual component costs. That’s fairly proprietary. It’s kind of like giving away our playbook. But I think it’s pretty obvious that we will exceed anyone else in the world in scale economies with the Gigafactory, and we’re very confident in Panasonic’s ability to execute on that front. So I just don’t know anyone who in terms of intrinsic cost is going to be close to what the Gigafactory can produce on a cost per kilowatt hour basis.”

On an interesting side note, Straubel mentioned that he has tried to convince Musk to build an electric airplane. This would be another prime mission for Tesla to further reduce emissions. Straubel said:

“The biggest challenge for electric aviation is that it needs much higher energy density to achieve longer ranges and longer endurance."