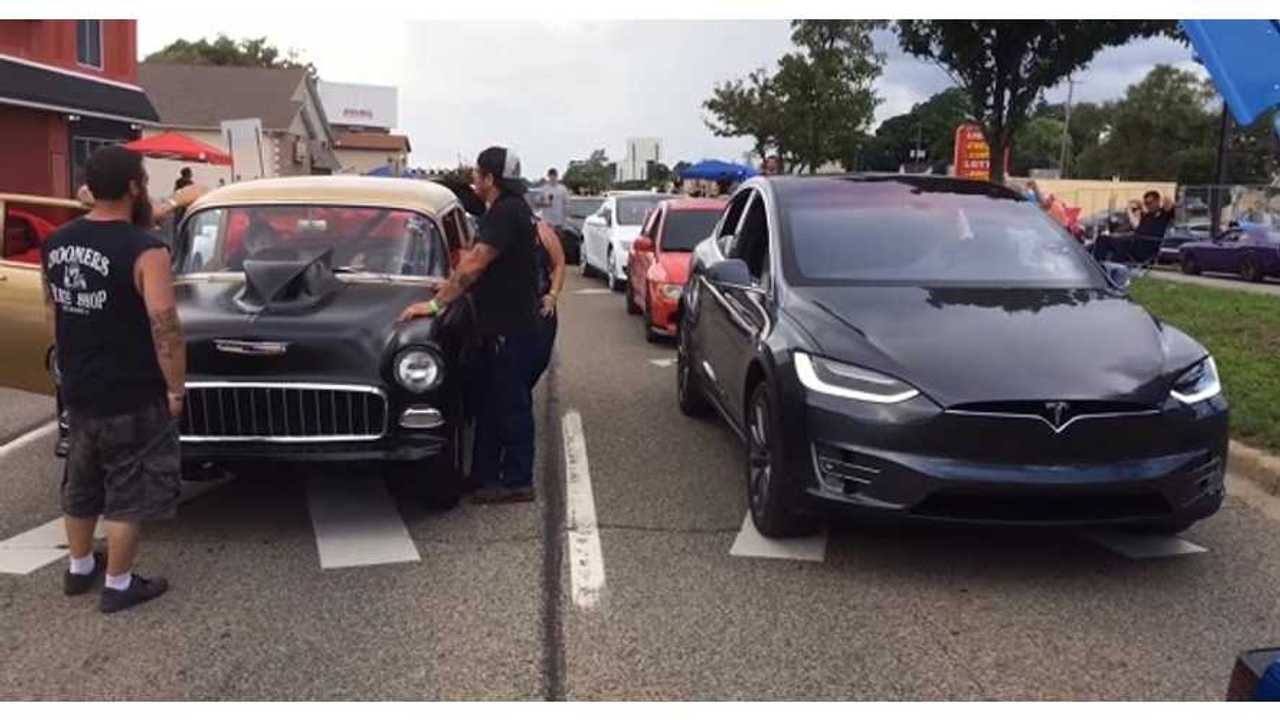 The event is full of (mostly) classic cars drag racing down Woodward Avenue in Pontiac, Michigan.

The fun part of course is the conflict of Tesla accelerating and winning the races (at least some of them) against some muscle cars in the Tesla-unfriendly state (lack of direct sale approval).

Race highlights include a Model X P90D against a classic Firebird/Trans Am and Model S having a showdown with a current Chevy Corvette.

Teslarati passes on a quote (via Detroit News) about one impression on the new breed of cars showing up at the event.

"Gearhead Ron Lee, 50, who was in attendance tells the Detroit News, “It used to be mostly classic cars, but there’s a lot more modern muscle now, I’m torn about it because I like the old ones, but the new ones are phenomenal. I’m okay with more modern cars being around.”