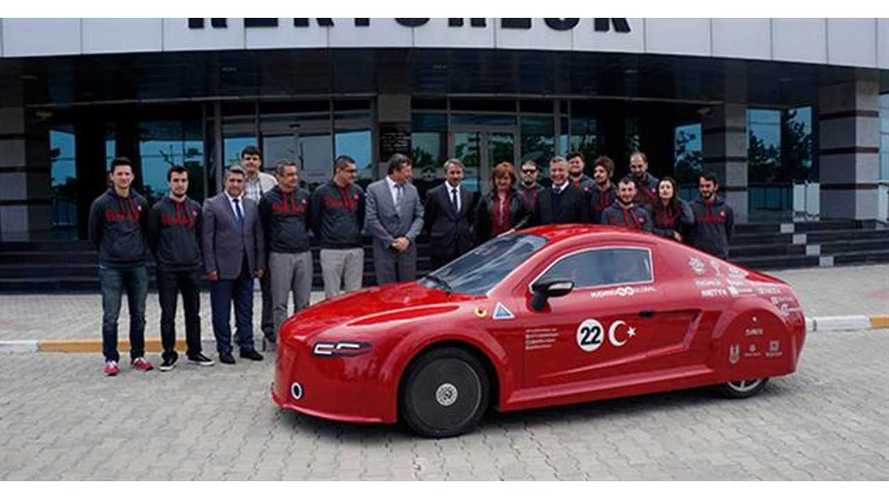 It seems the name Tesla is popular in Turkey too, where a prototype electric car called the Pehlivan Elektrak was revealed; and the nation's Science, Industry and Technology Minister Fikri Isik was quick to state:

“Our car will be better and safer than Tesla’s car.”

The protoype electric car, partially support by the Turkish government, completed a two-week tour of Turkey and surrounding countries.

Few details are known in regards to this car, but we can say with certainty it ain't a Tesla beater. For starters, it looks like some kind of kit car that been thrown together with random parts, including some sideview mirrors that are actually from a Ford Fiesta. It's also not pure electric, but rather some sort of range-extended plug-in vehicle.

“We will need a producer to start manufacturing. We will announce crucial cooperation deals for this part very soon.”

Isik believes that this car and other electric car coming from Turkey will be able to compete with the likes of Tesla. We disagree, but the more electric cars the merrier.

Below is a video of the Pehlivan Electrak with this video description:

Students from a Turkish university made this electric race car that can reach a top speed up to 110 km/h. They are using it to compete with their counterparts from other universities. At this time they were making a tour around the region presenting their product. The rearview mirrors are from a Ford Fiesta (donation from a local Ford dealer).