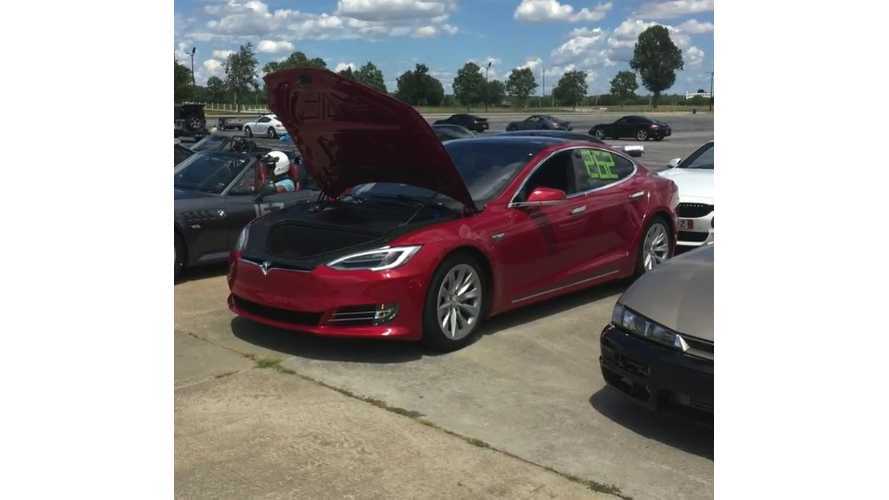 Autocross (or AutoX) events are very common across the world. They typically follow a single OEM brand such as a BMW or Porsche, while some are open to other car brands as well. Personally I have been a fan of AutoX for the past couple years with my i3 and BMW CCA Peachtree Chapter.

Most of the time there is a lot of skepticism by other participants on how EVs will perform in the event. Surprisingly they do very well, typically with top 1/3 results.

In reality the only limitation on EVs is fighting the computer on tracking control even if it is turned off (or limited, as it is truly never off). Beyond that, EVs have very quick acceleration and can do cornering quite well.

Editor's Note:  We want to prepare readers that in Michael's video the Tesla Model S P90D (with Ludicrous mode) will actually be accelerating while performing turns, not just going in a straight line.

The last AutoX in the Atlanta area was a joint BMW & Porsche event. It was also a perfect time to try out my new Model S (P90DL) on the course. I knew very well going in the car would be too heavy for the tight turns but I wanted to try for myself.

To everyone's surprise the car did very well. The limitation I encountered were the overinflated tires and the traction control, that would turn back on after going over 50 MPH. To counter the latter, I had a passenger sitting in the car and just pushing the button every time it got automatically disabled.

If you have an AutoX event close by I strongly suggest checking it out and seeing if you can have some fun in your EV as well!

Video (below): Michael taking his BMW i3 out at an AutoX event in 2015