Chevrolet Bolt Sales Predictions Range From 30,000 To 80,000 For First Full Year On Market 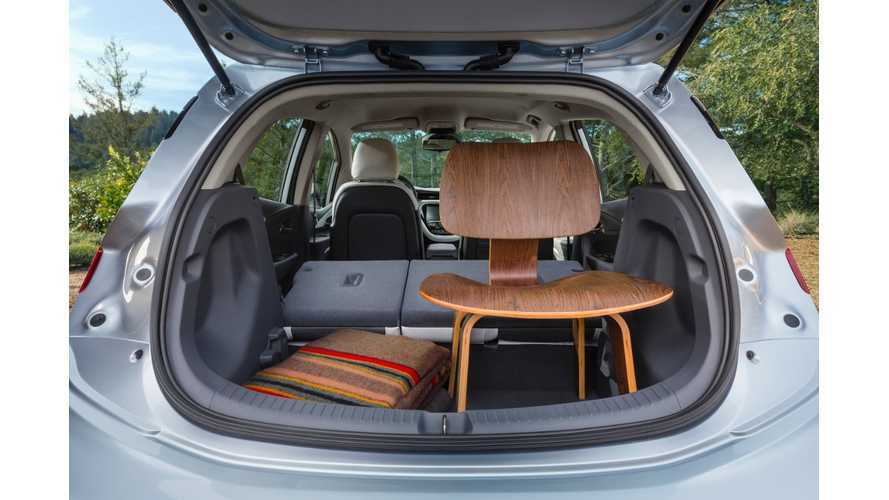 Karl Brauer, analyst for Kelley Blue Book, is predicting that Chevy will sell 30,000 to 80,000 Chevrolet Bolt EVs during the first full model year. Other recent predictions put the numbers at 20k to 30k, via suppliers and other insider information. GM insists it can easily pull off 50,000.

The all-electric Bolt is set to launch late in 2016, and many are guessing as to how it may fare against the similarly priced Tesla Model 3.

There has been much press about the competition between new OEM Tesla and its first affordable vehicle for the masses, and "tried and true" automaker Chevrolet, with its first all-electric, long range, roomy crossover vehicle.

While both vehicles will ring in at nearly the same price range, as well as the same extended "mile" range, the Model 3 will not hit the roads until a year or more later. Many buyers will not see a Model 3 in their driveways until well into 2018 or later depending on many factors. This is not to say that the Tesla vehicle will suffer in sales, as 400,000 deposits have already been processed for the car.

All of this is even more reason for GM (Chevrolet) to ramp up marketing and provide fierce competition for the Tesla record-setter. Though similar in the above aspects, the Model 3 is a small, sporty sedan, versus the even smaller Bolt EV crossover/hatchback.

At this point, the Bolt EV needs to be a game changer for GM. Of the 400,000 Tesla Model 3, fully refundable deposits, anyone can change their mind at any point, although analysts expect many will wait it out. While 30,000 in the first year is not a small number, 80,000 could be substantial for Chevrolet, especially if the company can exceed such numbers in years to come. It's not like the EV market is a "catch-all" at this point in time, but exposure and growth is continually more promising. Looming CAFE regulations can only help the situation.

Unfortunately, GM has been hitting Tesla "below the belt" in recent press. But some of the opinions may be warranted as the start-up is yet to generate funds, has been late to market in the past, and doesn't yet have the track record of established automakers.

General Motors has been noted as the current "King" of EVs. The company can only hope that the Bolt EV, along with the new Volt, can continue its surge to the forefront. GM still profits highly in ICE vehicles and banks on its trucks and SUVs. If the sales are at a high level for its EVs, curbing overall fuel economy, it can continue to benefit from high sales volume overall, awaiting the inevitable "EV revolution".