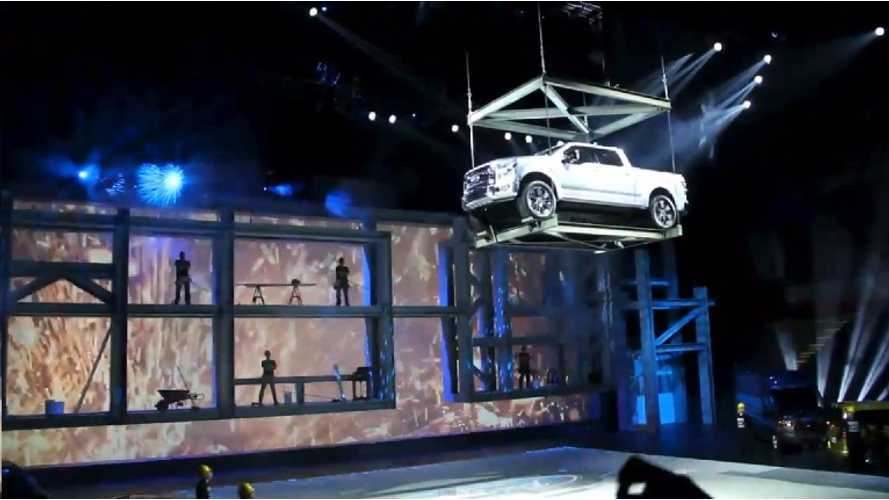 According to Alliance member Ford, and its CEO Mark Fields, people don't really want the plug-in vehicles that the EPA and CARB are mandating (InsideEVs/Alex Wai)

After years of being unable to sway the US government into their way of thinking, the "Alliance of Automakers" thought that a new administration would be the perfect opportunity to not only shoot down future C02/MPG mandates that call for a 54.5 fleet MPG average by 2025 (~38 mpg in real world terms), but also possibly to get CARB back under their control.

It didn't work out that way, and now they are looking for another way...any way, to wrestle back the power.

The Alliance had sent off a letter to the Trump administration about crushing CAFE and CARB just 48 hours after the election was over.

However, the EPA realized there was still time on the current administration's clock, and pushed out its review and recommendation to finalize the CAFE standards three weeks later on November 30th (~17 months ahead of the deadline to do so), which started a 30 day clock for public comment, before the Obama administration can give it "final approval" on December 30th.

The first response to all the happenings, was automotive CEOs like Ford's Mark Fields publicly lashing out at the EPA, saying they had performed "eleventh-hour politics" and "short-circuited a data-driven development of regulations", while urging the Trump administration to "continue the dialog as planned".

But apparently the strong talk was not adequate enough, as the "Alliance" - which is really just a shell entity so major automakers don't have to use their own name directly (looking at you General Motors, Ford, BMW, Mercedes, VW, Mazda, Volvo, FCA (Fiat), Jaguar, Mazda, Mitsubishi and Toyota), have sent up a "Hail Mary" pass to try and stop the action - because undoing it, if enacted, is no easy thing - lots of paperwork, and lots of legal action lawsuits from environmental groups.

On Monday, the Alliance asked congressional negotiators to add language, as a condition of an upcoming short term budget resolution, that would prohibit the Obama administration from giving "final approval" on the new regulation before it leaves office on January 20th.

Gloria Bergquist, a spokesperson for the Alliance stated:

"EPA's sudden and controversial move to propose auto regulations eight months early -- even after Congress warned agencies about taking such steps while political appointees were packing their bags -- calls out for congressional action to pause this rulemaking until a thoughtful policy review can occur."

Truthfully, the new administration has a lot of changes they want to bring about, and this particular one may not be a priority for them, as it would begin a very public feud with a lot of concerned parties that will subside  - so the Alliance will likely have difficulty getting any language added to the funding bill, which will arrive next week.

If Congress is swayed, and does show the initiative to add the tough language as a condition of the funding, President Obama still does not have to sign it, but rather he could veto it.  At this point, the future funding of America isn't really Obama's concern anymore, as he will be leaving office on January 20th.