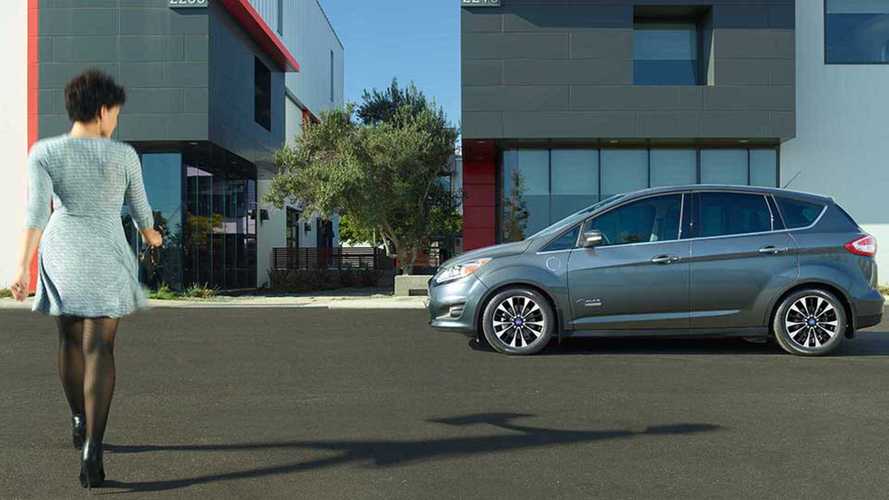 Ford C-Max sales in U.S. (available as both a hybrid and plug-in hybrid) have been decreasing over the past few years in the US,:

However, because the conventional hybrid version is losing ground much faster, the C-Max Energi sales share for the model has steadily been increasing - reaching a record 58.9% in October, with the overall average for this year at 38%.

For 2017, Ford is trying to stop the bleeding with the model, giving the C-Max a slightly new design tweak in the US...but still not on par with the recent more significant changes in Europe - where the C-Max rolls down a different automotive line.

"Surprisingly, the U.S. C-Max’s exterior updates deviate from those of the European model. If the European-spec C-Max underwent a full facelift, then the changes to our model are more like a shot of Botox.

There’s a restyled grille, new wheels, and new headlights and taillights, all of which make for a tall hatchback that’s still not as handsome as the one Ford is selling across the pond."

It's not clear yet to what degree this new efficiency will have on the 2016 C-Max Energi's 19 mile electric range rating, but as its stable made Fusion Energi moved from 19 to 21 miles, we expect to see the same all-electric range once the data is available via the EPA.

The current generation of C-Max production in the US is scheduled to end in 2018, and it is our belief that the current C-Max Energi will give way to new plug-in hybrid offerings in Ford's lineup, and this slight refresh and price decrease is an initiative to get maximum value out of the established (nee paid for) production line in Wayne, Michigan before it winds down.

But whatever the reason for the move...it is good news for EV buyers in the US, as the C-Max Energi becomes one of the most affordable PHEVs money can buy.