PM10 Emissions From EVs Equal To Those Of Modern ICEVs? 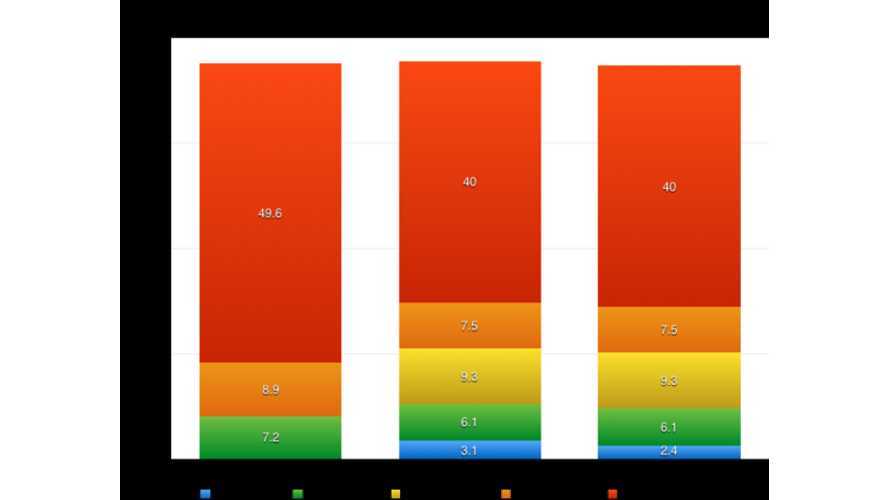 BMW i3 without battery is lighter

According to the  University of Edinburgh's Victor R.J.H. Timmersa and Peter A.J. Achtenb study, PM10 emissions (definition below) of pure electric cars and conventional counterparts is nearly the same.

That's the result of  a comparison of all the factors (exhaust and non-exhaust emissions) and with the assumption of zero brake wear for EVs due regenerative braking.

The reason why EVs didn't reduce the PM10 is their higher weight - which is stated at 24% higher than conventional vehicles, which thus increases tire wear, road wear and resuspension.

Obviously, this study only concerns a very small part of the emissions story (ex-actual exhaust, liquid fuel sourcing and burning ramifications, etc), but still is of some interest.

Particulate matter (PM) exposure has been linked to adverse health effects by numerous studies. Therefore, governments have been heavily incentivising the market to switch to electric passenger cars in order to reduce air pollution. However, this literature review suggests that electric vehicles may not reduce levels of PM as much as expected, because of their relatively high weight. By analysing the existing literature on non-exhaust emissions of different vehicle categories, this review found that there is a positive relationship between weight and non-exhaust PM emission factors. In addition, electric vehicles (EVs) were found to be 24% heavier than equivalent internal combustion engine vehicles (ICEVs). As a result, total PM10 emissions from EVs were found to be equal to those of modern ICEVs. PM2.5 emissions were only 1–3% lower for EVs compared to modern ICEVs. Therefore, it could be concluded that the increased popularity of electric vehicles will likely not have a great effect on PM levels. Non-exhaust emissions already account for over 90% of PM10 and 85% of PM2.5 emissions from traffic. These proportions will continue to increase as exhaust standards improve and average vehicle weight increases. Future policy should consequently focus on setting standards for non-exhaust emissions and encouraging weight reduction of all vehicles to significantly reduce PM emissions from traffic.

About PM10, according to the EPA:

Nature and Sources of the Pollutant: Particulate matter is the term for solid or liquid particles found in the air. Some particles are large or dark enough to be seen as soot or smoke. Others are so small they can be detected only with an electron microscope.

Because particles originate from a variety of mobile and stationary sources (diesel trucks, woodstoves, power plants, etc.), their chemical and physical compositions vary widely. Particulate matter can be directly emitted or can be formed in the atmosphere when gaseous pollutants such as SO2 and NOx react to form fine particles.