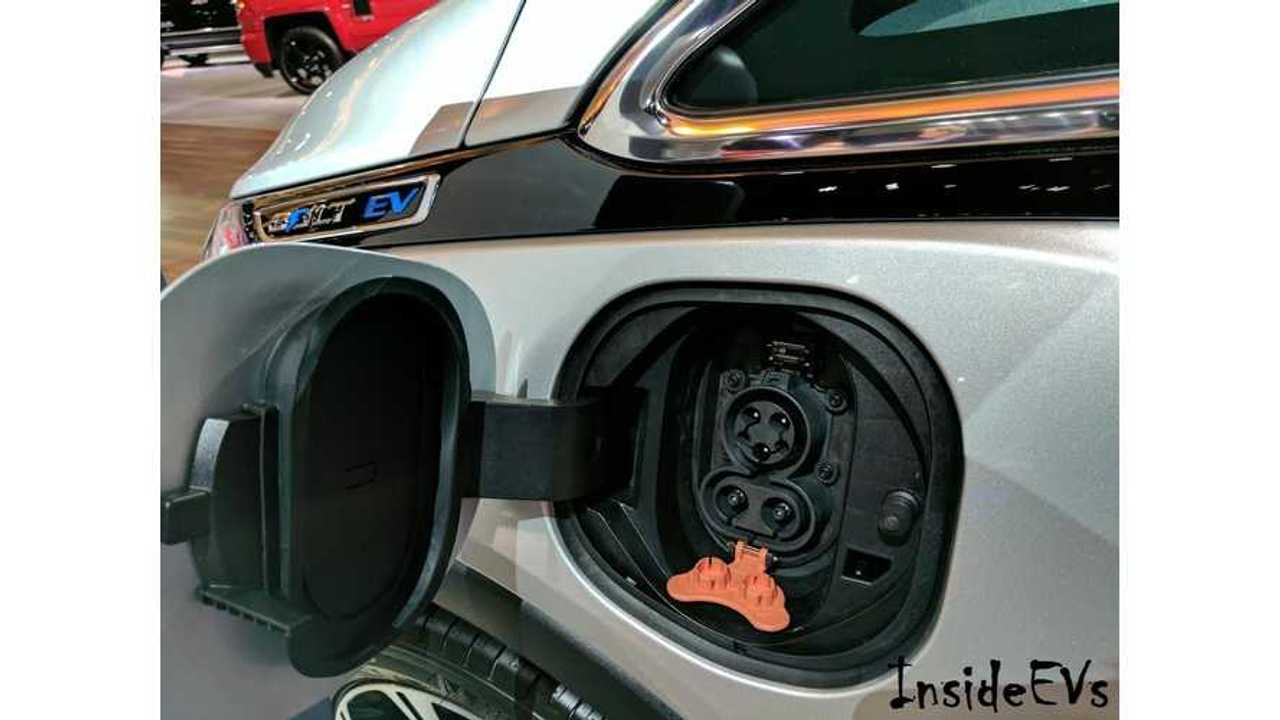 The 2017 Chevrolet Bolt, which charges at a rate of "about 90 miles" in "around 30 minutes" via the official GM promotional material

The topic of the maximum rate the 2017 Chevrolet Bolt EV can accept a DC fast charge has been a hot topic since the electric vehicle was first announced two years ago.

Who knew?  As GM , frustratingly, would never say - just that the Bolt gained "about 90 miles in around 30 minutes of charge time". Which was a pretty random way to express the EV's fast charging abilities.

Now, thanks to the release of the Bolt EV's manual, we can see that the recent suspicions of a 80 kW maximum input (via GM's media presentation at the LA Show that stated all Bolt EV dealers would have to install at least one ~80+ kW Combo fast charging unit on the premises) seem to be correct.  One can watch that video in full below.

On page 232 (pictured below) of the manual released now, is this disclaimer on DC fast charging:

"When using a DC charging station with at least 80 kW of available power, it will take approximately 30 minutes to recharge from a depleted battery to an estimated 145 km (90 mi) of driving range. This time estimate is applicable to nominal temperature ranges. In extreme hot or cold conditions, this time may be lengthened. A full charge will take additional time."

Good enough for us!

80 kW DC fast charging it is for the Bolt EV

From this revelation and earlier maths given by the company, we can fairly confidently state that DCFC charging rates will equate to "80% fills" (the normal metric when judging DC fast charge times, as the 'last 20%' really slows due to tapering) in a little over an hour.

If one would like to peruse the 2017 Chevrolet Bolt EV manual for themselves to perhaps unearth some other hidden gems (like on page 313 that notes the first fluid isn't expected until mile 150,000/240,000km), or just to achieve unconsciousness...the 360 page handbook can be found online here.

Video (below): GM's media presentation from the LA Auto Show in November.  Skip ahead to the 7:45 mark to hear the Chevy rep's reference to DC fast charging stations to be a requirement for all certified dealers expecting to sell the Bolt EV, and another reference to 80 kW at the 17:35 mark.