All-Electric Car Sales In France Increased In April By 35% To Over 2,600 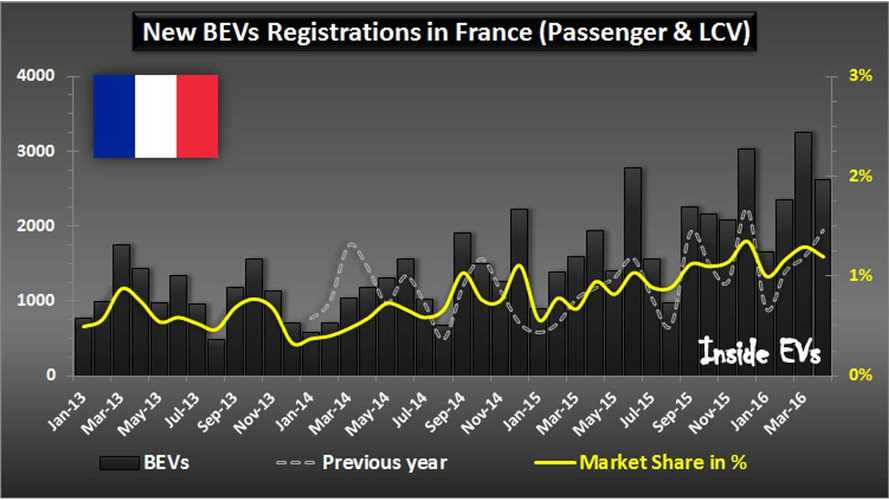 The French all-electric car segment keeps growing, up some 35% year-over-year in April.

For the month, 2,621 new passenger and light commercial vehicles were registered.

The overall market share for all-electric vehicles for the month stood at 1.2%. Meanwhile, plug-in hybrid sales increased 35% to 533, which adds a further ~0.3% more to the share.

The Renault ZOE with 990 registrations didn't managed to improve its previous result from 2015, but that's still nearly half of all passenger BEVs registered in France.

However, the recently updated 30 kWh version of the Nissan LEAF in France continues to shine (a trend we seem to be seeing most everywhere not the US), selling 494 copies in April - a significant improvement over the 153 year the year prior.