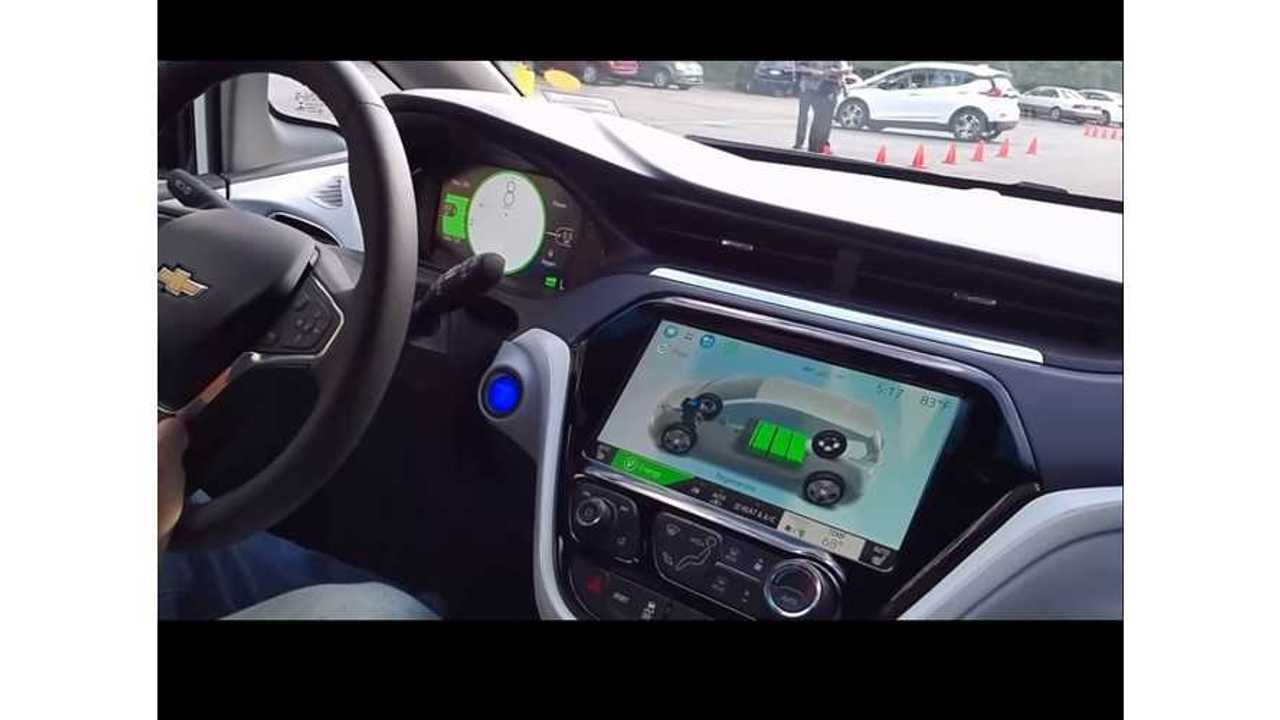 Tuesday was the 2016 edition of the GM Woodward Ave Silent Cruise event, which happened near Detroit, Michigan.

And as part of the event, GM brought along a dozen or so of its upcoming Chevrolet Bolt EV - well, at least production-intent copies anyway (retail Bolt EVs start production in October, for end of year deliveries).

The 200+ mile EV was available for people to take short "ride along" test drives, and ask questions of GM staffers, including Josh Tavel, who is the Bolt EV's Chief Engineer.

Thankfully, Erik Stephens (via YouTube) took some footage of the drive (and of him peppering the GM rep with questions).  Some of the things learned from the event by Erik:

You can also check out his blog post at GM-Volt.com on the experience here.