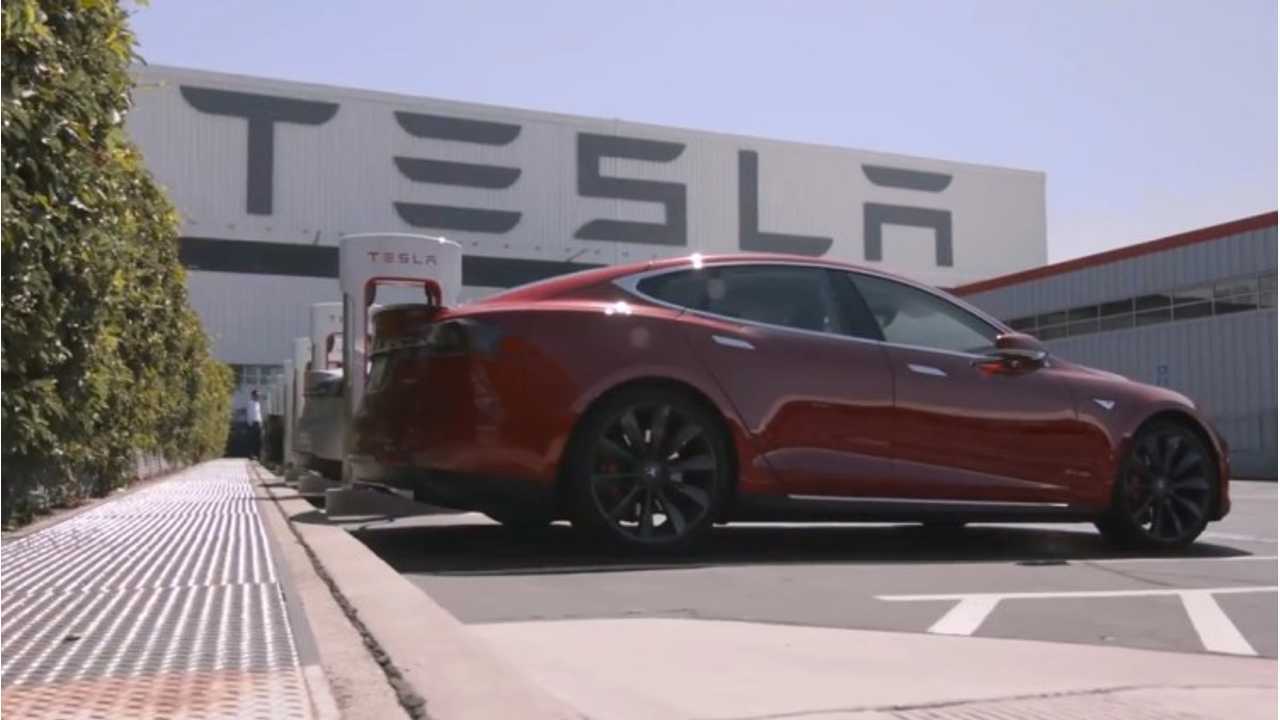 Here’s a lean version of the Q1 conference call, without all the Hamburger Helper that clogs official transcripts. All quotes are verbatim. Everything else is TeslaMondo interpretation.

Analyst: How can tiny Tesla make a profit on Model III under the shadow of big, bovine GM and its Bolt program? Seems impossible.

Musk: “We’re highly confident that it can be made profitably. Designing for manufacturing and economies of scale are really the keys to achieving that outcome. GM is not aiming for anything near the volumes that we are, and so, despite being a big company, their economies of scale are going to be driven by whatever elements are unique in their EV. And we know for a fact that they will not be at the economies of scale that we will be at for Model III.”

Analyst: You can barely build the X, but you’ve got the cojones to predict a half-million Model III copies a couple of years?

Musk: “It’s always tempting for people to reason by analogy instead of first principles, and that would be a mistake: assuming that anything to do with X production has bearing on Model III.

We told people we were going get to a run rate of 20,000 cars a year with the Model S despite it being a vastly more complicated car, and a car where we make the whole car, and not just the powertrain. If you were to extrapolate from the Roadster experience you would be completely wrong about the Model S outcome. And many people were. That’s why I would say X is not relevant.” Separately, Musk said, “Friday at 3 a.m., we achieved our first flawless production of the Model X, where it went through the whole production process and had zero issues. That was a great milestone. And we’re starting to get several in a row that are flawless.”

Analyst: Tesla’s battery cost advantage isn’t THAT great–or is it?

Musk: “I think it’s pretty obvious we will exceed anyone else in the world in scale economies with the Gigafactory, and we’re very confident in Panasonic’s ability to execute on that front. I just don’t know anyone who, in terms of intrinsic costs, is going to be close to what the Gigafactory can produce on a cost per kilowatt hour basis.”

Tesla Model 3 Lines At The Mall

Musk: Tesla is being “rigorous about ensuring that we don’t have anything that isn’t really necessary to make a very compelling version one of the car. We also have a much tighter feedback loop between design engineering, production engineering and production. And so no element of Model III can be approved unless manufacturing has said that this is easy to manufacture, and that the risk associated with manufacturing is low.”

Analyst: So, you’re really going to make this many cars, eh? Cross your heart and hope to die?

Musk: Yes. “Exciting announcements coming in the next, possibly next few weeks, about an addition to the Tesla management team on the production side. So I’m feeling really, really excited about where things are headed in that direction.”

Analyst: You stopped short of saying you’d stick a needle in your eye. Should we read anything into that? Suppliers messed you up with Model X. But this time’s going to be different, eh?

Musk: I’ve got two needles, one for each of your pupils. This time I’ve been meeting with the actual teams that build the parts, not just their CEOs or GMs. Tesla is offering suppliers “probably the most compelling product program in the world, with Model III.”

Straubel: “The quality and the motivation of the suppliers involved in the program is the best ever.” Musk: “Every supplier wants to be in this program.”

Musk: “The model III is the first car Tesla is creating that is designed to be easy to make. This is really a fundamental difference. And then I mentioned also increasing the scope of our in-house abilities, so that if there’s a supplier that isn’t able to deliver on time, we can scramble fast and produce that component in house.”

Musk: “In order for federal regulators to be comfortable approving it, the’re going to want to see a very large amount of data — maybe billions of miles — showing that the car is unequivocally safer in autonomous mode as to manual mode in a wide range of circumstances, in countries all around the world with different rules of the road and ways of behavior . . . Tesla will argue for autonomous driving, but we’re not going to argue against manual driving. I believe people should have the freedom to choose to do what they want to do . . . freedom is important . . . but the autonomous safety system should be in there, such that even if you are in manual mode, the car will still aid you in avoiding an accident.”

A recent picture of Tesla's Gigafactory under construction outside Reno, Nevada. Photo credit: Above Reno

Analyst: Can the Gigafactory handle Model III and Tesla Energy?

Straubel: “That’s part of why we so aggressively made sure that we have extra land, and extra space around the site, so that we can continue to expand. We won’t need to rob from Tesla Energy plans in order to meet the Model III schedule. We definitely have a way to solve both.”

Analyst: If we’re talking a half-million units in 2018, what comes after that?

Musk: “Our 2020 target for volume is closer to, you know, maybe close to a million vehicles by 2020 or something like that.”

Musk: “Well, I don’t think we want to rely too much on customer reservation money as a source of capital. Maybe as buffer or something, but not as a primary source of capital. So, it’s going o make sense for us to raise some amount of money, some combination of equity and debt, and make sure the company has a good buffer of cash on hand.”

Musk: “We were fairly worried about what would happen with the Model III announcement. Would it cause some big drop in Model S sales? Um, it seems to have had the opposite affect. It seems as though S demand has increased.”

Analyst: Can Fremont handle all of this?

Musk: “Just to satisfy demand in North America for our future product lineup, we’re going to need more than one plant in North America.” But separately, he said, “We actually believe that Fremont and the Gig could scale to a million vehicles. Whether that’s actually wise is a separate question.”Hmm.

Musk: Tesla has a wider variety of stuff going on than SpaceX, so a COO position is iffy. But, “You certainly can expect that there will be announcements in the fairly near future about some great executives joining the ranks.”

Analyst: Tesla, Google and Apple are fighting over the same manufacturing talent. What’s your siren song?

Analyst: Regarding that half-million figure: Cross your heart, hope to die, stick a needle in your eye, and, just as a follow-up, no fingers crossed behind your back, right?