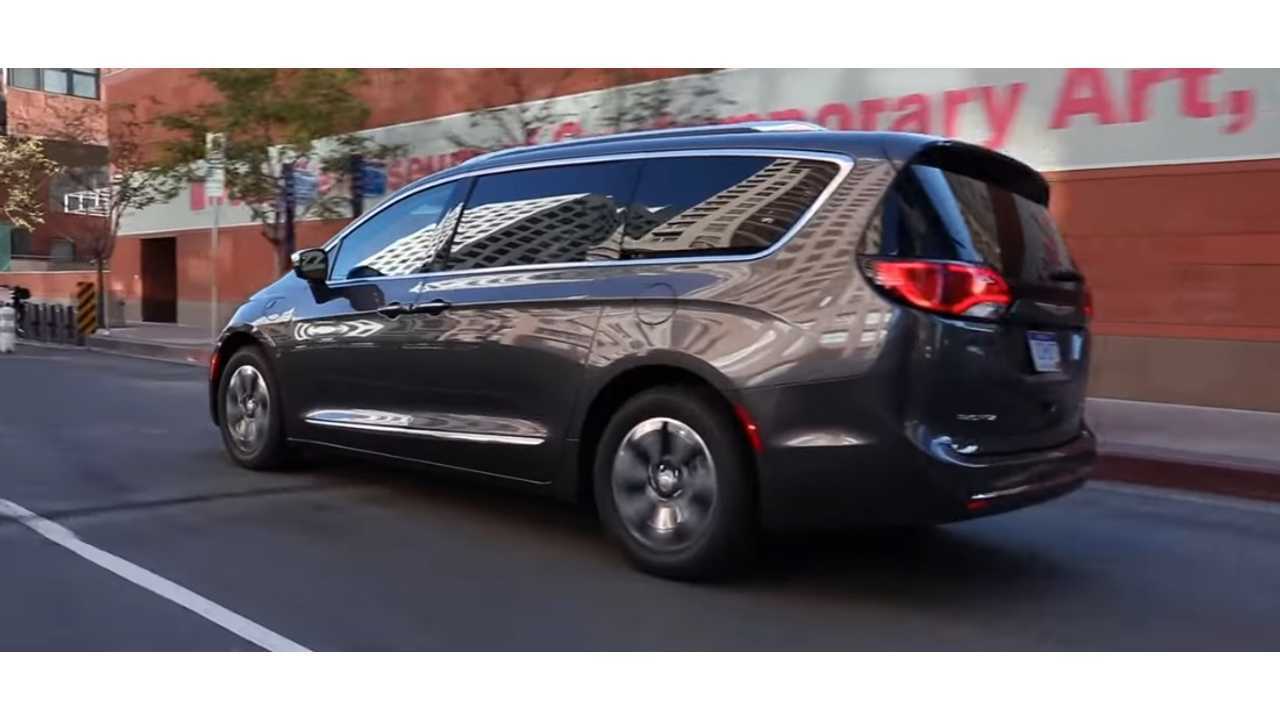 The EPA has just released detailed ratings for the 2017 Chrysler Pacifica Hybrid.

Seen below is info straight from the EPA's internal database. Aside from the previously known figures, we know can see the various highway/city/combined breakdowns, as well as the MPG ratings in all three categories. 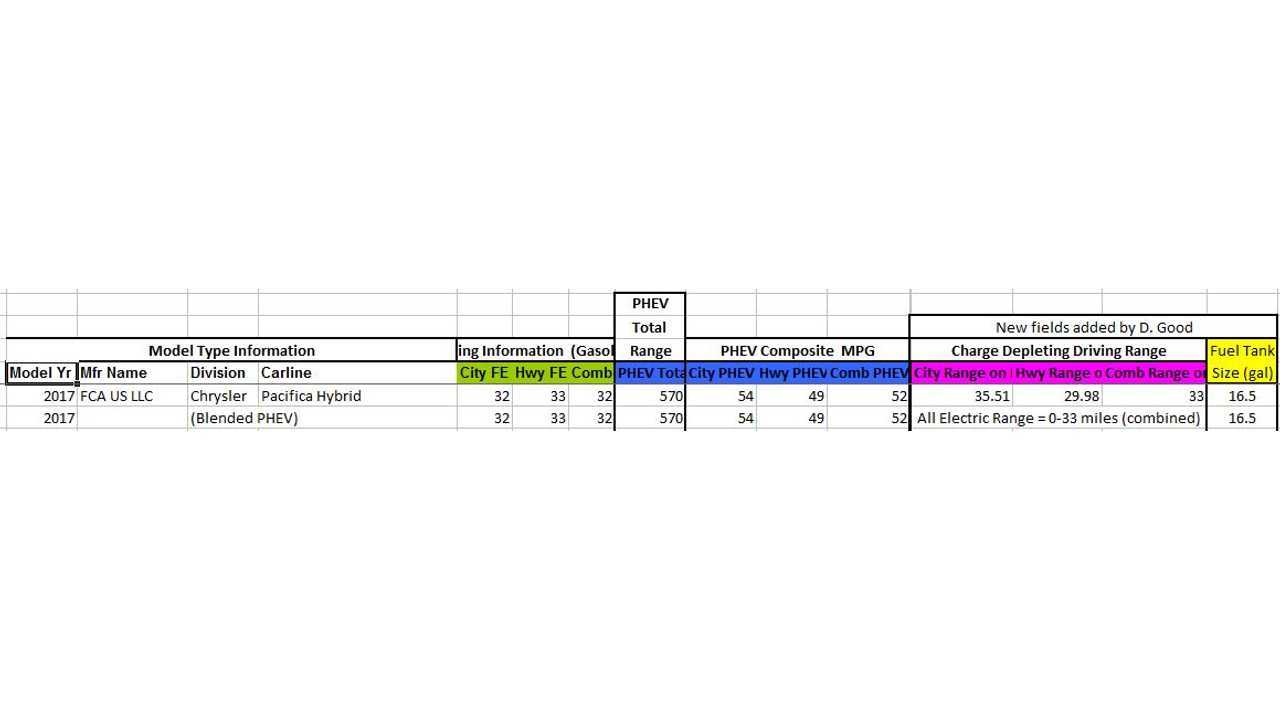 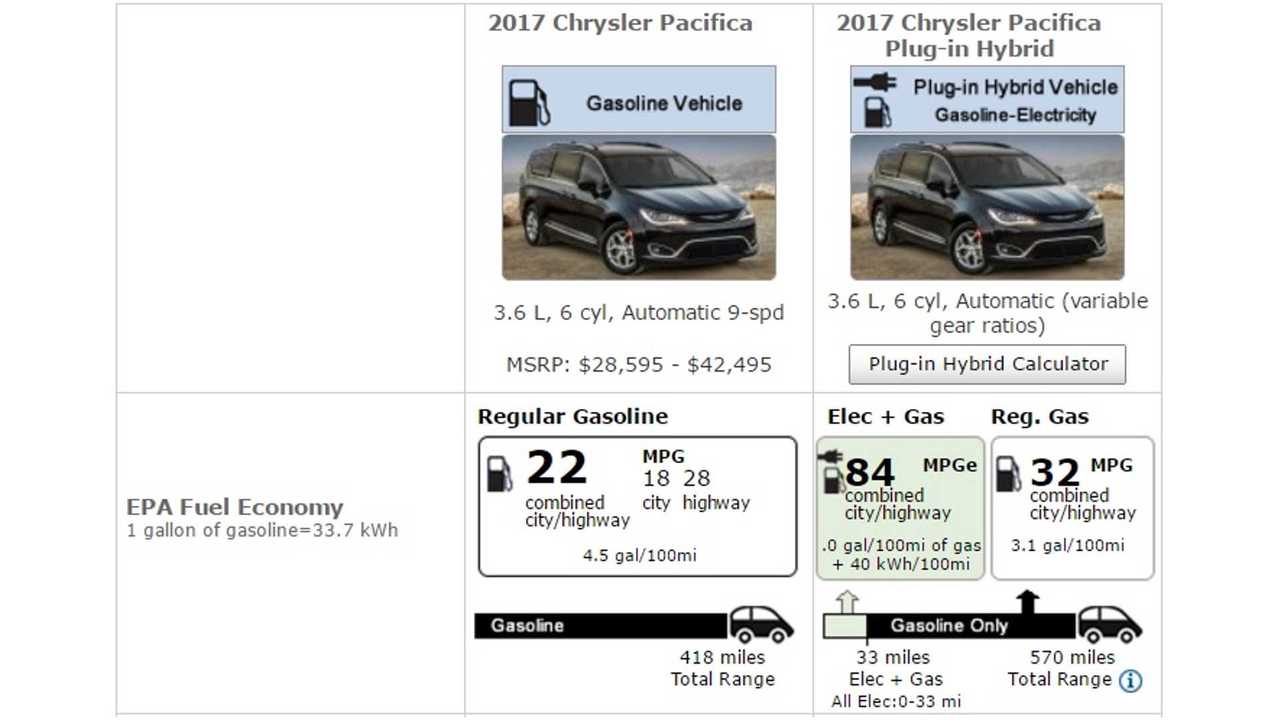 Next, in the PHEV Composite MPG category, the breakdown is 54 city, 49 highway and 52 combined.

Last up is MPG. The variance here between driving in the city or country is negligible, with the Pacifica Hybrid returning 32 mpg city, 33 mpg highway and 32 mpg combined.

For comparative purpose, the non plug-in Pacifica returns 18 mpg city, 28 mpg highway and 22 mpg combined.  So a significant 45% efficiency gain is still felt when driving only on petrol over the standard Pacifica thanks to the e-drivetrain set-up.

The Chrysler Pacifica Hybrid is priced from $41,995 (plus destination) and production is already underway with first deliveries expected soon (also check out one of the first plug-in Chrysler minivans being produced on FCA's Windsor assembly line here).

Some additional highlights related to the Pacifica Hybrid:

Hat tip to Alan H!
By: Eric Loveday
++
Got a tip for us? Email: tips@insideevs.com