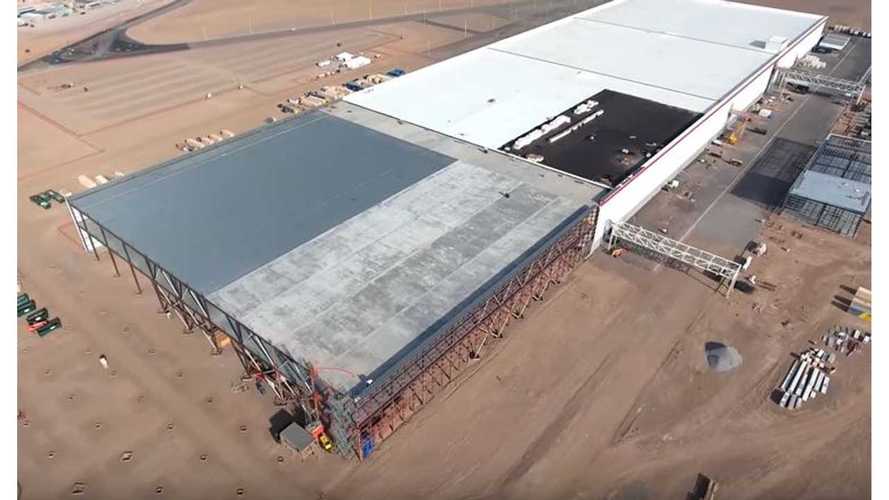 Tesla's Gigfactory is beginning to get more recent press, and visits are becoming more regular. Bloomberg was the most recent on the visitor's list.

A Glance Inside The Tesla Gigafactory

The report explained the lobby decorations as "classic Tesla":

"Large windows, high ceilings, gleaming white floors, black leather chairs. One of the Powerwall home batteries made at the factory hangs like a piece of modern art. Guests receive hard hats, reflective vests, and safety glasses along with the complimentary bottled water and coffee."

Conference rooms are named after elements on the periodic table. Specifically, elements that are primary in battery making such as lithium, cobalt, silicon, nickel, and aluminum.

Every aspect of the company's battery production, from start to finish, will happen at the Gigafactory. Tesla joined up with Panasonic to make this happen. The company's new goal is to produce a half million vehicles per year by 2018. The biggest factor in making this a reality is batteries.

While the factory is only 14 percent complete, and will not be done for about 4 years, work is constantly underway. Ninety percent of the current space is still undergoing construction, and in the meantime, the usable spaces are already in production mode.

The reported size of the Gigafactory has been consistent at 5.8 million square feet. However, Bloomberg made it more clear that some sections will have as many as four stories, so the usable space may be more. The entire roof will be covered with solar panels.

Tesla co-founder J.B. Straubel assured investors that the company has plans laid out for much multitasking. He confirmed:

“We won’t need to rob from Tesla Energy plans in order to meet the Model 3 schedule. We definitely have a way to solve both.”

Do check out the full Bloomberg report with lots of new/great pictures of the Gigafactory here.