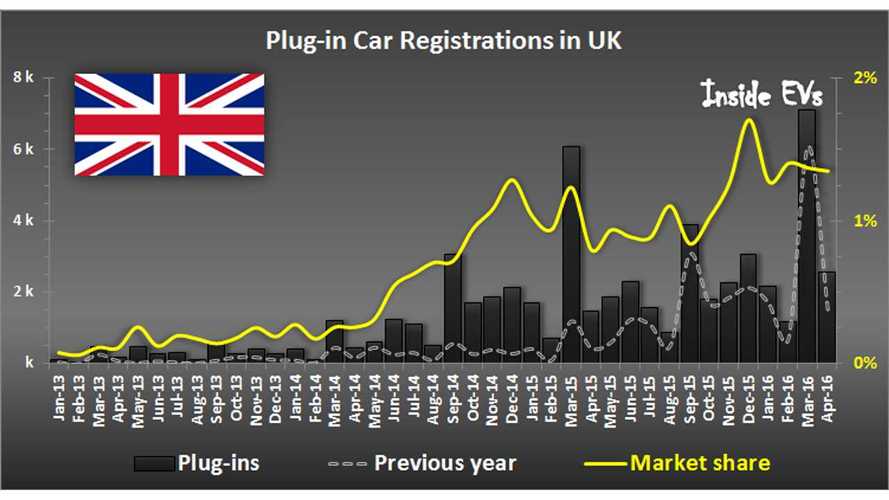 Once again the PHEV platform enjoys a lot more success in the UK, and the Mitsubishi Outlander PHEV makes up the bulk of that demand, continuing to be the most popular model (more than third of all plug-ins in UK).

Compared to the overall automotive market, plug-ins stand at 1.36% market share, which is also about the average for the first four months.