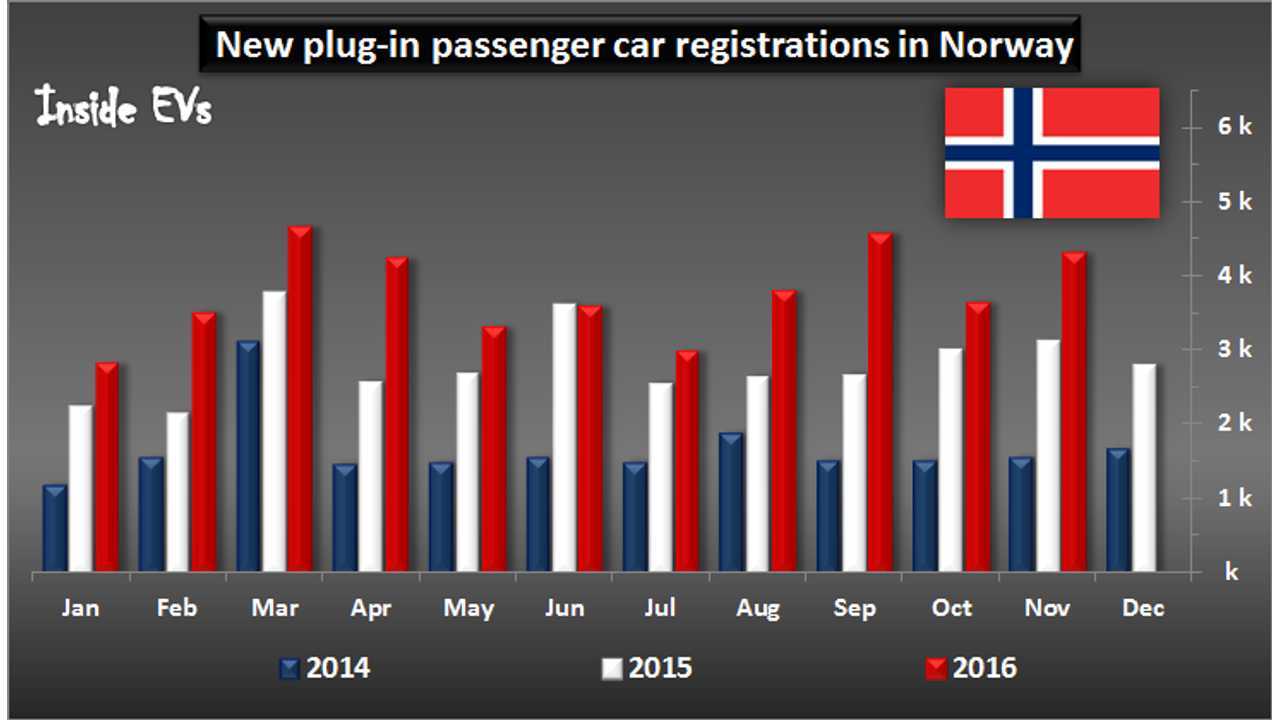 November 2016 was one of the all-time best months for plug-in electric vehicle sales in Norway.  In total 4,292 new passenger car registrations (up 38.4%).  Ans as the auto segment isn't 'that large' in Norway, those sales translate to a massive 32.5% market share!

The 'star of the month' goes to the BMW i3, which literally went through the roof, exceeding 1,000 sales in November - the result also represents 7.7% of total passenger car sales in Norway.

Put another way, 1 in every 13 vehicles sold in Norway last month...was an i3.  Truly an incredible result.

More precisely, the BMW i3 had 1,014 new registrations (up +246%), which brings the total for the year up to 3,540.  As the BMW just underwent a battery upgrade, this is the proof that consumers will buy more electric vehicles if only batteries enable longer and longer journeys.

Just imagine the effect of exceeding 200 miles at similar price in a few more years time.  Will there be any unbelievers left in Noway then at all?

Some other models mentioned in the official registration data of interest:

BMW i3 registrations in Norway – November 2016