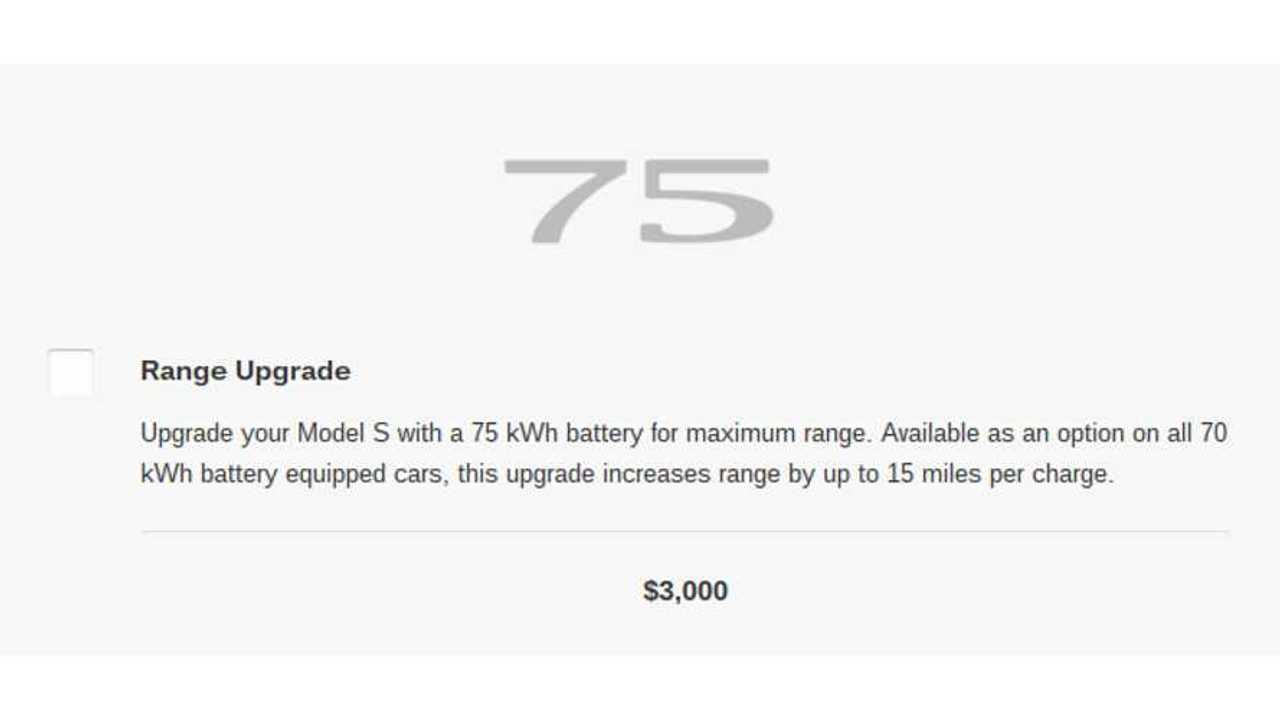 Yesterday, we were able to confirm that all of the refreshed Tesla Model S 70 kWh models actually had a 75 kWh pack that's upgradeable to 75 via an OTA software update that will cost $3,250.

Today, Tesla updated its  website to list the 75 kWh range upgrade for buyers who've yet to place a Model S 70 kWh order.

The range upgrade at point of sale costs $3,000 and is currently listed as available for both the RWD Model S 70 and the AWD Model S 70D. Pricing is the same for both versions.

Tesla lists the 70D AWD model at 240 miles of range, so the upgrade would bump that figure up to 255 miles, but this looks to be a site update error, as Tesla has previously confirmed 259 miles of range (EPA) for the 70D.

Check out the range upgrade at Tesla's configurator site for the Model S here.