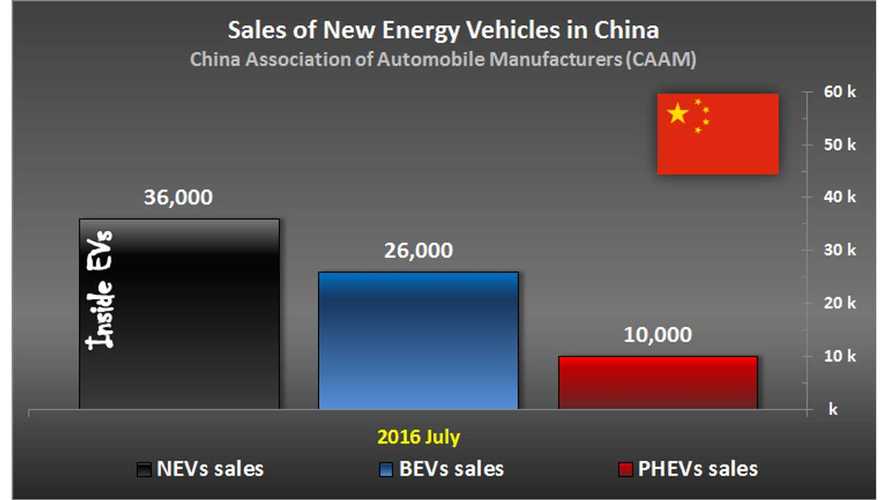 We are getting very accustomed to New Energy Vehicle sales (another way to say plug-in electric vehicles) in China doubling every month...and July was no exception.

Nearly three fourths of that total again falls to all-electric vehicles (BEVs) at 26,000 sold, while plug-in hybrids (PHEVs) hit the 10,000 mark for the second month in a row.

With 10,000 NEVs sold on its own (and excluding bus and trucks sales), BYD alone takes more about 30% of the market.

"According to the statistics made by CAAM, in July, the production and sales of new energy vehicles reached 38 thousand units and 36 thousand units respectively, increasing 93.4% and 98.1% year on year.

After seven months, year-to-date sales in China have hit 207,000 - which is nearly 123% more than year ago at this point. We should note, that in China that total number of plug-ins includes vehicles like buses, and commercial/heavy vehicles...which we have no problem at all with adding into the count, as their "value" to society (emission/petrol displacement) is far greater than any passenger EV.