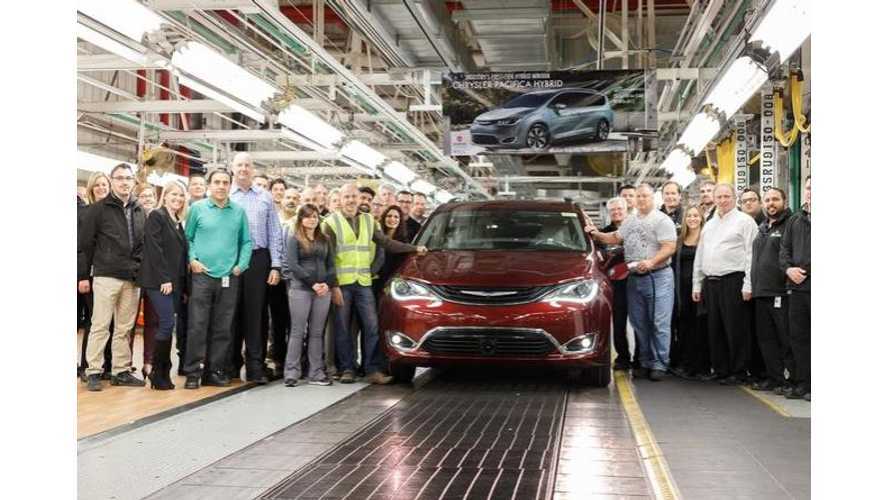 Here we can see that process underway (above video), and as a bonus, there is some extra "running footage" of the Pacifica on the road below.

The plug-in hybrid Pacifica is assembled at the same production line as the conventional version.

After $7,500 federal tax credit, Chrysler Pacifica Hybrid starts at $34,495 (+DST).  The plug-in minivan is expected to arrive in January, but we would not count out a few deliveries before this year expires.

Inside the Chrysler Pacifica Hybrid