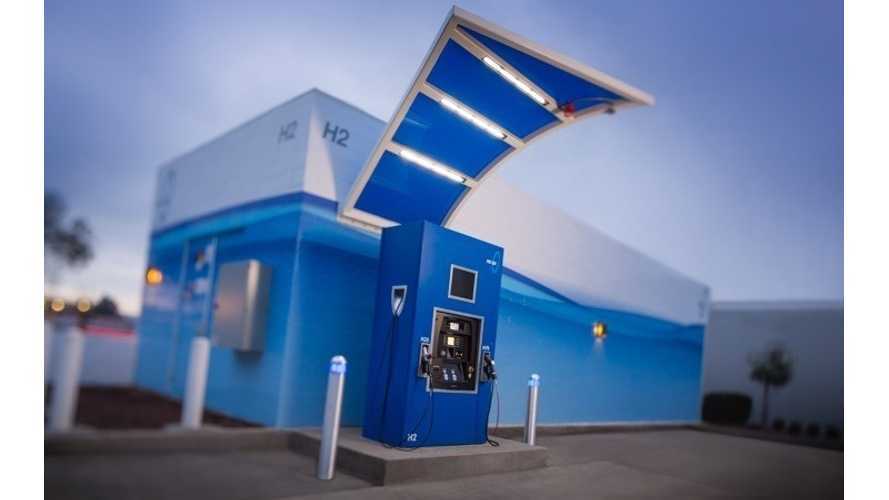 FirstElement Fuel's True Zero Hydrogen Network in California reached a milestone of having delivered enough hydrogen for over 1 million miles of driving.

Because True Zero calls itself the world's largest network of retail hydrogen-charging stations, we believe no other company has as of yet delivered more. Fair disclaimer:  that was as far as our vetting on the subject went.

There are now 14 True Zero stations open to the public and few more to be launched in the coming months (but overall the progress of adding new stations is slow).

In total 6,300 refueling stops at the stations were registered for a total 15,900 kg of hydrogen through ~July. On average that would be 2.5 kg.

If we assume 1 kg of hydrogen for about 62 miles (100 km), it turns out that hydrogen fuel cell cars are on average refueling every 155 miles (250 km) . That's not that much (only about half of full range for cars like the Toyota Mirai and Hyundai Tucson FCV) as owners are likely closely tied to those few active stations (around 20 operating in the state of California).

"The achievement of a million miles comes as a result of automakers, including Toyota, Honda, Hyundai and Mercedes-Benz expanding their fuel-cell-vehicle programs.  Toyota has recently accelerated sales of its hydrogen-powered Mirai in California, as the hydrogen-charging network has also grown quickly.  Honda will begin selling its mass-production Honda Clarity in California this fall, after beginning retail sales of the car in Japan earlier this year."

"Between November 2015 and May 2016, True Zero completed building 15 hydrogen stations throughout California, 14 of which are open for retail fueling.  The True Zero Network of hydrogen-charging stations spans from Lake Tahoe, through the San Francisco Bay Area and down into Santa Barbara, Los Angeles and Orange Counties, including a hydrogen-charging station off Interstate 5 at Harris Ranch which helps enable the drive between Northern and Southern California.

"We're starting to see the real impact of what we set out to do two years ago. And that was to help get more electric cars on the road by making retail hydrogen readily available in California."

"We set out to show that a hydrogen-electric vehicle can be a true replacement for a gasoline engine, to be seamlessly driven throughout California with just four-minute stops to charge along the way.  "Now we're seeing it catch on and people have driven more than a million miles in their fuel-cell vehicles, using our network to fuel up."