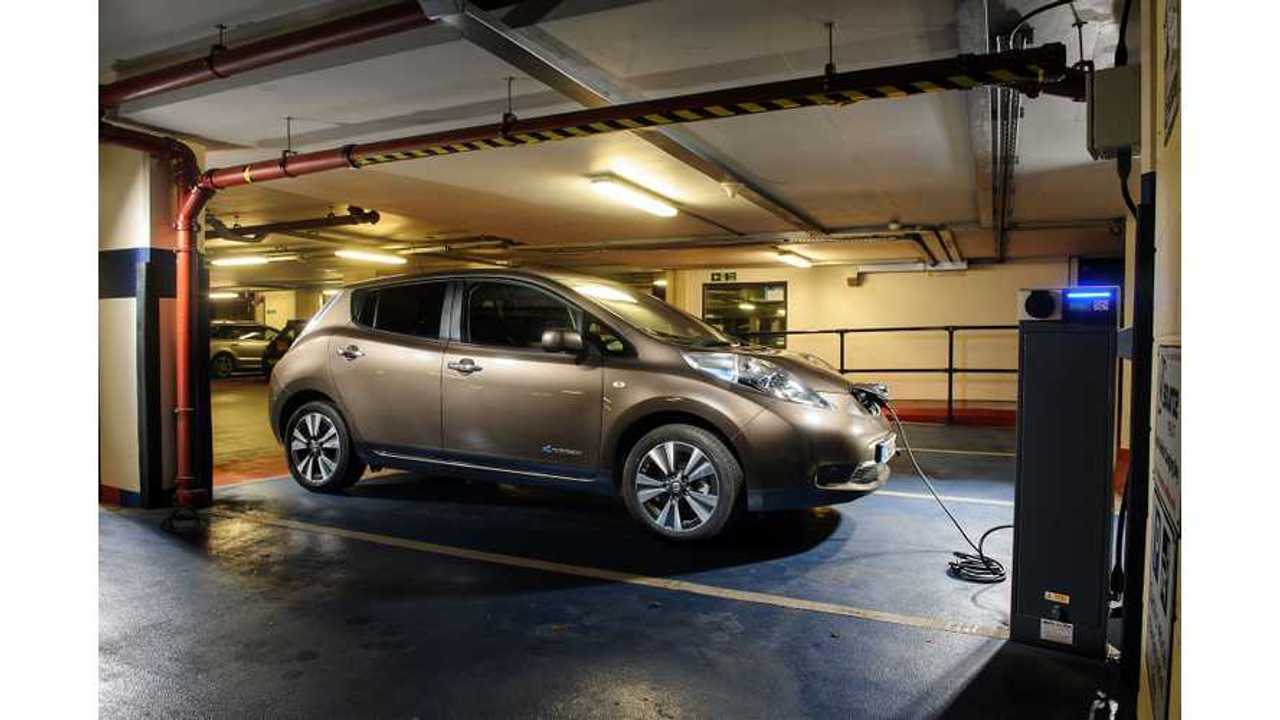 Researchers at MIT completed a four year long, comprehensive study, searching for the answer about whether or not existing electric cars on the road today could replace conventional cars.

As it turns out, according to MIT, even the first generation models - such as the Nissan LEAF and Ford Focus Electric (with sub 100-mile ranges) are capable to replace nearly 90% of cars, and at a similar overall cost of ownership.

Emissions from transportation (including up-river power plants) would be then reduced by about 30% (or more, with power plants continual journey to decarbonization over time).

One of the main findings suggests "the vast majority of cars on the road consume no more energy in a day than the battery energy capacity in affordable EVs available today". Of course EVs would need to be charged overnight at home or at work.

We should note at this point, that setting up the kind of infrastructure to accommodate a 90% usage rate of sub 100 mile EVs would be expensive, would take many years to build...and would be demographically obsolete when completed - given the rapid expansion of the tech that is already producing more affordable 200+ mile options.

"The study, which found that a wholesale replacement of conventional vehicles with electric ones is possible today and could play a significant role in meeting climate change mitigation goals, was published today in the journal Nature Energy by Jessika Trancik, the Atlantic Richfield Career Development Associate Professor in Energy Studies at MIT’s Institute for Data, Systems, and Society (IDSS), along with graduate student Zachary Needell, postdoc James McNerney, and recent graduate Michael Chang SM ’15."

“Roughly 90 percent of the personal vehicles on the road daily could be replaced by a low-cost electric vehicle available on the market today, even if the cars can only charge overnight, which would more than meet near-term U.S. climate targets for personal vehicle travel.”

More about the conclusions:

"The team spent four years on the project, which included developing a way of integrating two huge datasets: one highly detailed set of second-by-second driving behavior based on GPS data, and another broader, more comprehensive set of national data based on travel surveys. Together, the two datasets encompass millions of trips made by drivers all around the country.

The detailed GPS data was collected by state agencies in Texas, Georgia, and California, using special data loggers installed in cars to assess statewide driving patterns. The more comprehensive, but less detailed, nationwide data came from a national household transportation survey, which studied households across the country to learn about how and where people actually do their driving. The researchers needed to understand “the distances and timing of trips, the different driving behaviors, and the ambient weather conditions,” Needell says.

By working out formulas to integrate the different sets of information and thereby track one-second-resolution drive cycles, the MIT researchers were able to demonstrate that the daily energy requirements of some 90 percent of personal cars on the road in the U.S. could be met by today’s EVs, with their current ranges, at an overall cost to their owners — including both purchase and operating costs — that would be no greater than that of conventional internal-combustion vehicles. The team looked at once-daily charging, at home or at work, in order to study the adoption potential given today’s charging infrastructure.

What’s more, such a large-scale replacement would be sufficient to meet the nation’s stated near-term emissions-reduction targets for personal vehicles’ share of the transportation sector — a sector that accounts for about a third of the nation’s overall greenhouse gas emissions, with a majority of emissions from privately owned, light-duty vehicles.

While EVs have many devotees, they also have a large number of critics, who cite range anxiety as a barrier to transportation electrification. “This is an issue where common sense can lead to strongly opposing views,” Trancik says. “Many seem to feel strongly that the potential is small, and the rest are convinced that is it large.”

“Developing the concepts and mathematical models required for a testable, quantitative analysis is helpful in these situations, where so much is at stake,” she adds.

Those who feel the potential is small cite the premium prices of many EVs available today, such as the highly rated but expensive Tesla models, and the still-limited distance that lower-cost EVs can drive on a single charge, compared to the range of a gasoline car on one tank of gas. The lack of available charging infrastructure in many places, and the much greater amount of time required to recharge a car compared to simply filling a gas tank have also been cited as drawbacks.

But the team found that the vast majority of cars on the road consume no more energy in a day than the battery energy capacity in affordable EVs available today. These numbers represent a scenario in which people would do most of their recharging overnight at home, or during the day at work, so for such trips the lack of infrastructure was not really a concern. Vehicles such as the Ford Focus Electric or the Nissan Leaf — whose sticker prices are still higher than those of conventional cars, but whose overall lifetime costs end up being comparable because of lower maintenance and operating costs — would be adequate to meet the needs of the vast majority of U.S. drivers.

The study cautions that for EV ownership to rise to high levels, the needs of drivers have to be met on all days. For days on which energy consumption is higher, such as for vacations, or days when an intensive need for heating or cooling would sharply curb the EV’s distance range, driving needs could be met by using a different car (in a two-car home), or by renting, or using a car-sharing service.

The study highlights the important role that car sharing of internal combustion engine vehicles could play in driving electrification. Car sharing should be very convenient for this to work, Trancik says, and requires further business model innovation. Additionally, the days on which alternatives are needed should be known to drivers in advance —information that the team’s model “TripEnergy” is able to provide.

Even as batteries improve, there will continue to be a small number of high-energy days that exceed the range provided by electric vehicles. For these days, other powertrain technologies will likely be needed. The study helps policy-makers to quantify the “returns” to improving batteries through investing in research, for example, and the gap that will need to be filled by other kinds of cars, such as those fueled by low-emissions biofuels or hydrogen, to reach very low emissions levels for the transportation sector.

Another important finding from the study was that the potential for shifting to EVs is fairly uniform for different parts of the country. “The adoption potential of electric vehicles is remarkably similar across cities,” Trancik says, “from dense urban areas like New York, to sprawling cities like Houston. This goes against the view that electric vehicles — at least affordable ones, which have limited range — only really work in dense urban centers.”

Jeremy J. Michalek, a professor of engineering and public policy at Carnegie Mellon University who was not involved in this study, says the MIT team’s integration of the GPS and national survey data is a new approach “highlighting the novel idea that regional differences in range requirements are minor for most vehicle-day trips but increase as we move into higher-range trips.” The study, he says, is both “interesting and useful.”

The work was supported by the New England University Transportation Center at MIT, the MIT Leading Technology and Policy Initiative, the Singapore-MIT Alliance for Research and Technology, the Charles E. Reed Faculty Initiatives Fund, and the MIT Energy Initiative."