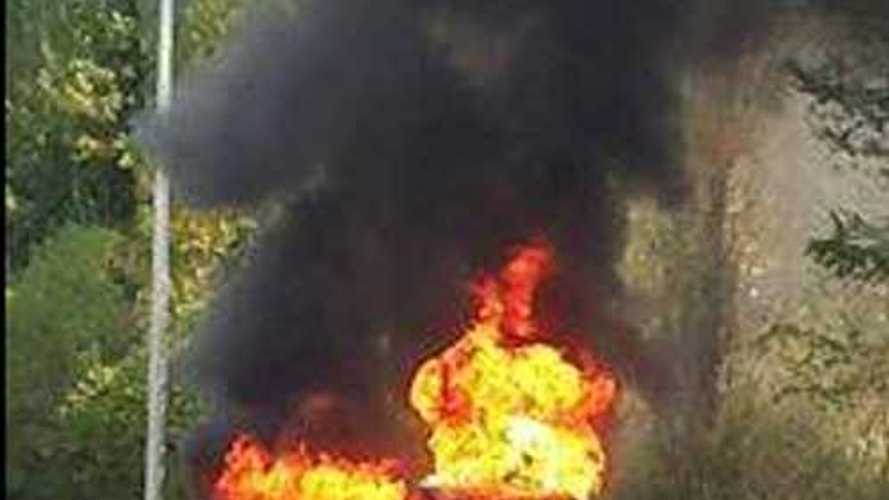 A lone image (low-resolution only) surfaced on Reddit showing what's claimed to be a spontaneous fire involving a Tesla Model S.

From the image, it does not appear as though the car was involved in a collision and, in fact, the telling of the occurrence doesn't include any mention of a collision, aside from "heard a loud noise," which could be impact related.

"I know the picture is low quality, but it was sent to me via Whatsapp from a witness. It just happened today, so it will come in the media in the next few hours."

"In France (Biarritz) a brand new Model S 90 catched fire during a test drive. There were 3 people in the car (a couple + Tesla employee) and they suddenly heard a loud noise (not an explosion). The car gave a message "Problems with charging" (while they were driving) so they pulled over. 1 minute later the car was in fire and this picture was taken. Fire brigade arrived and no one was hurt."

Nobody was harmed in the fire. Tesla is aware of the incident and is working with local authorities to establish the cause of the blaze.